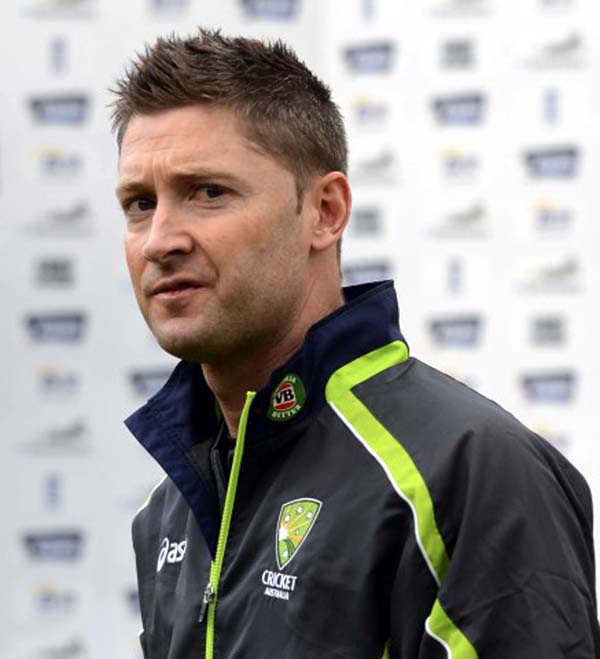 Former Australian captain Michael Clarke on Wednesday pulled out of his Big Bash League deal with the Melbourne Stars and said he will take an indefinite break from the game.
The 34-year-old, one of the outstanding batsmen of his generation, retired from international cricket last month after the fifth and final Ashes Test at The Oval.
Clarke was expected to honour a two-year contract signed in April with the Stars in Australia's domestic Twenty20 league, but he said he needed time away from cricket.
"Right now for me, I just think my body and my mind need some time away from the game of cricket... and just see what that's like to be without it," he told Triple M radio.
Clarke, who has long battled back problems, said quitting international duties had prompted him to consider his wider playing future, as his pregnant wife Kyly prepares to give birth to the couple's first baby in January.
"It's been a big part of my life and I just think that with my retirement from international cricket now I just need to take myself away from the game of cricket for a little while and just see what that's like. To actually be without it," he said.
"You push yourself to the max when you're playing sport at the highest level and now I've pressed stop on that part, in regards to international cricket, I just think my body... and my mind just needs that break."
As well as his injury issues, Clarke also cited the continuing psychological impact of close friend and team-mate Phillip Hughes' death as a factor in his decision.
"I guess that's part of it as well. How big a part? Right now I'm unsure," he said. "I just need this time to allow myself to go through whatever I need to go through to be able to move forward."
Hughes died last year after being hit on the head by a bouncer at the Sydney Cricket Ground, with a shattered Clarke giving a moving eulogy at his funeral.
But Clarke did not rule out returning to the crease at some point, leaving open the possibility of playing the second year of his contract with the Stars.
"I'm really hopeful that love and passion that I've always had for the game will come back," said the batsman, who scored 8,643 runs in 115 Tests.
"I've got a two-year deal at the moment, so hopefully it all turns out ok and I come back and play next year.
"But even if they decide they don't want me to play, I'm hopeful I'll be able to help the club have success in another way."