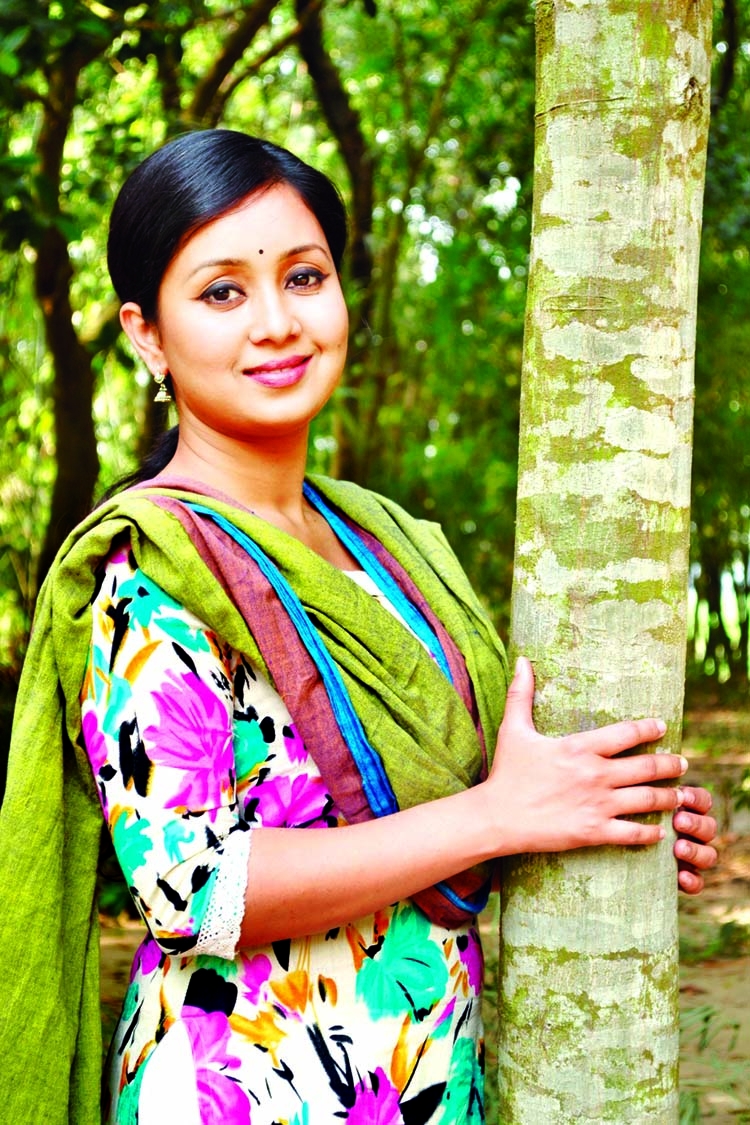 Though she had performed in so many TV plays, but popular actress Farhana Mili didnât have experience to perform in the play of Liberation War based story.Â
Monpura famed this popular actress has performed in role of war heroine Tara Bibi in a special TV play titled Anonter Pakhira, which has been made on the occasion of upcoming Independence Day. The play was directed by Taju Kamrul under the script written by Abonti Kabbyo.Â
For the first time, Farhana Mili has performed in such a challenging role like war heroine in any special dayâs play. Mili is really satisfied to perform in role of Tara Bibi.
While talking in this regard Mili told this correspondent, âThere are few works where acting comes from inner mind while acting in such role. I am really grateful to Taju Kamrul bhai because he gave me the opportunity to perform in such role in his directed play. I have tried my level best to express my role in the play. I am requesting the viewers to watch the play.â
The play Anonter Pakhira will go on air on Independence Day on Ekushey Television. Tutul has performed against Mili in the play, said director Kamrul.
Now Farhana Mili is becoming busy and regular with acting in TV plays. Already Mili started to work in role of Jahanara in Mazharul Islam directed new drama serial titled Ekjon Mayaboti, which script is based on late Humayun Ahmedâs story. Mahfuz Ahmed is acting against her in the serial.Â
Therefore, Mili is going to start shooting in another new drama serial titled Shunnyo Thekey Shuru, which will be directed by Alvi Ahmed, soon. She will perform in the lead heroine in the serial.Â
Though Mili didnât perform in any movie after Monpura she will be appeared in the big screen soon, Mili expected. Â