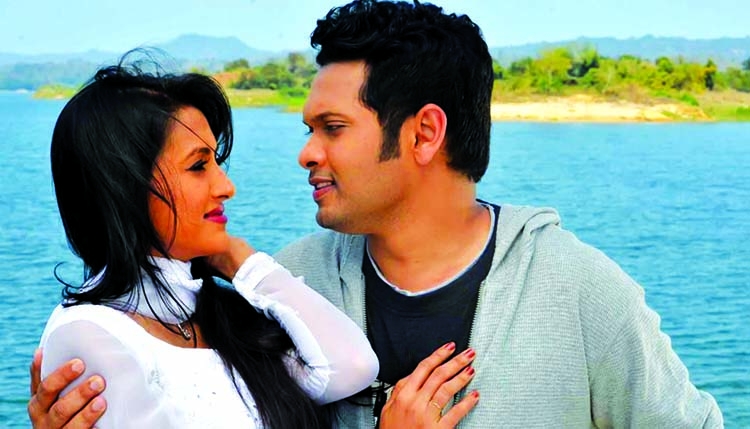 After taking part in shooting for 13 days at a time shooting unit of Bapparaz directed movie Kartoos returned to Dhaka from Rangamati recently.Â
Shooting of 40 per cent of the movie has already completed, said its director Bapparaz.
Several shoots were taken during these days including a song where lead hero and heroine of the movie Samrat and Rikta performed.Â
Therefore, another song where Sohan Khan and Nipun performed was also done during this time, Bapparaz said.
âFrom March 17 shooting of next phase of movie is being continued which will continue till next two days in the cityâs Uttara area. Later shooting will take place at Bangladesh Film Development Corporation (BFDC) for next two days.â However, while talking about the movie legendary film actor Razzak told this correspondent, âKartoos is Bapparaz directed first movie. I am also acting in this movie. As a director, Bappa is giving his level best effort in the movie. He is not compromising in this regard. I believe this movie will attract the film-lovers to come to cinema halls to watch the movie. I am praying for his success.â
Chhotku Ahmed has written main story of the movie Kartoos, which is being made under the banner of Rajlaxmi Telefilms.Â
While talking about the movie director Bapparaz said, âI am grateful to all the members of the unit of movie Kartoos including actors because they have cooperated me well. Nobody compromised with their acting while taking part in shooting of the movie. Everybody gave their level best efforts. Therefore, I am really grateful to my father (Razzak) because he was always behind me while giving direction of the movie. If he didnât give me encourage I would not show courage to make this movie.â