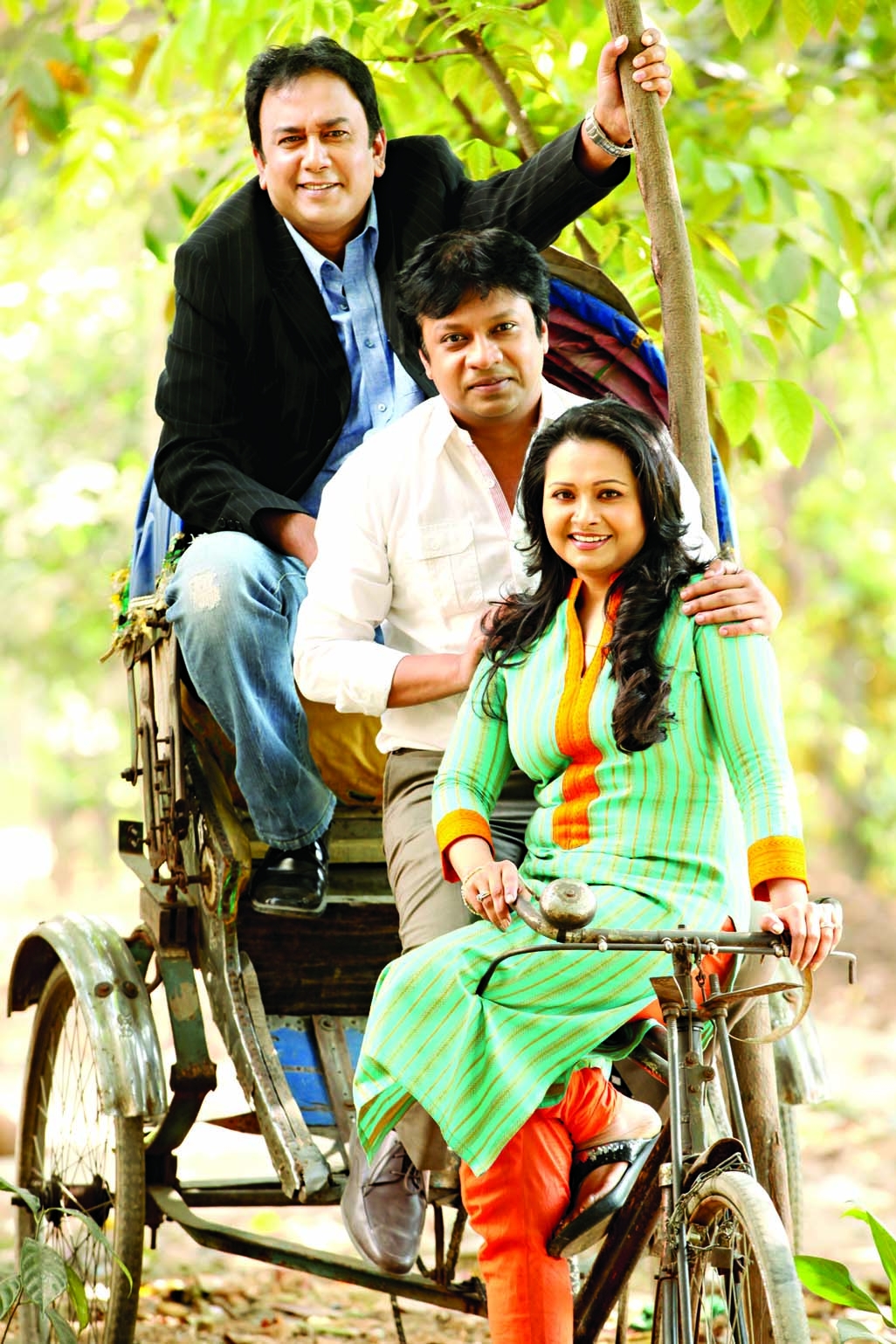 After a break of few years three popular TV actors - Zahid Hasan, Intekhab Dinar and Bijori Barkatullah have performed together in a TV play titled Ekti Khun-er Swapno, which was directed by Mohammad Noman.
It was first work for Zahid, Dinar and Bijori under the direction of Mohammad Noman. The director also liked this matter while making the play casting these three popular actors.
While talking in this regard director Noman told this correspondent, âFor the demand of the story I have taken these three popular celebrity actors in my play. In fact, there is nothing to say about their performances. Everybody performed outstandingly well in the play.â
The play Ekti Khun-er Swapno has been made to air in any satellite channel on the occasion of upcoming Eid-ul-Fitr. In the play, Zahid Hasan and Bijori performed in role of husband-wife, while Intekhab Dinar acted in role of a psychiatrist, Noman said.
While talking about his performance in the play Zahid Hasan told this correspondent, âAs a director, Mohammad Noman is very talented. Earlier I had experience to work under his direction in so many TV plays. He not only gives freedom to the actor but also receives his/her (actor) level best acting while giving direction in the TV play or telefilm. He always tries his level best effort to make the play or telefilm successful.â
Dinar shared his feelings by this way, âAfter a long time, I and Bijori have worked with Zahid bhai in any play. When Zahid bhai remains on the spot, there is a âpicnicâ atmosphere elsewhere. Besides completing the work, we can get the opportunity to gossip, enjoy and pass nice time with all including members of the shooting unit. We have taken our photographs riding by a rickshaw during the break time of our shooting schedule. It could possible only for Zahid bhai.â
âWhile working in the play we went to our old days. The play became a nice work and I believe viewers will enjoy it,â Bijori said this while sharing her feelings in this regard.
The script of play Ekti Khun-er Swapno was written by Shafiqur Rahman Shantanu.
Anwar Hossain Bulu and Farid Ahmed were in camera and music directions respectively in the play.
It may be mentioned that Zahid Hasan, Intekhab Dinar and Bijori Barkatullah performed together for first time in Afsana Mimi directed once popular TV serial titled Bondhon.
The shooting house titled Bondhon where they took part in shooting of the serial Bondhon has now become a new name titled Anandabari. In this house, shooting of play Ekti Khun-er Swapno was done.
After TV serial Bondhon, Zahid Hasan, Intekhab Dinar and Bijori Barkatullah performed together in Shahiduzzaman Selim directed another drama serial titled Sporsher Bairey and Habib Raza directed a TV play.
It can be said that the play Ekti Khun-er Swapno is this fourth play where Zahid Hasan, Intekhab Dinar and Bijori Barkatullah performed together.Â