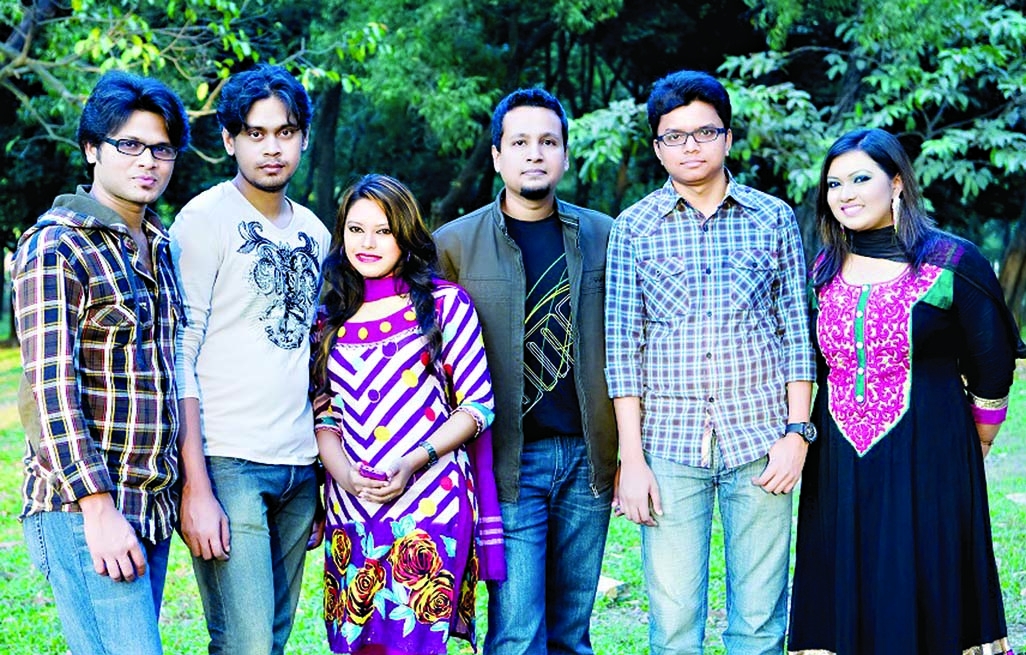 Three tracks titled Nisshongota, Tumi Aamar and Kolponar Aaraley rendered by promising singer Nirjo have already received huge response from the music listeners of different FM stations like Radio Aamar, Radio Foorti and Radio Today.
Recently Nirjo rendered the track titled Nisshongota, which has already received by most of the listeners positively.
Sirajum Munir has written lyrics and composed tunes and music of the songs - Nisshongota and Tumi Aamar. Ayon Chakladar and Sajid Sarkar have arranged music of these two tracks respectively.
The song titled Kolponar Aaraley has composed by singer Nirjo himself where Masum has arranged its music. Already music video of the song titled Nisshongota, rendered by Nancy and Nirjo jointly, became popularity to all the viewers.
Anika Ibnat and Shoshi also lent their vocals along with Nirjo in other duet tracks in the album where Anika rendered the song titled Anubhuti and Shoshi rendered the song titled Ekti Swapno Eka with Nirjo in duet tracks.
Sirajum Munir has written lyrics and composed music of these tracks.
While talking about the album Nirjo told this correspondent, âI am really impressed because I got huge response from the listeners from my first album. I am really feeling encouraged every moment. I am giving thanks to all.â
On the other hand, Nirjo also said that music video of his another track titled Kolponar Aaraley will go on air in different satellite channels from Independence Day, March 26.