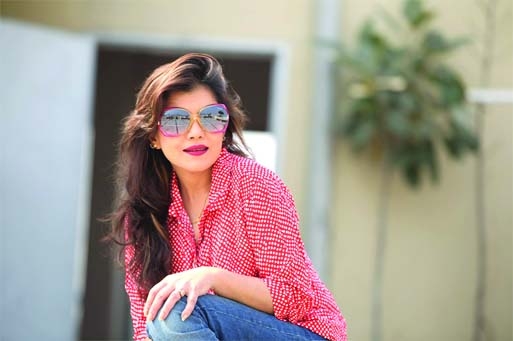 On stage Rosy Siddiqui started her acting career by âTheatre Arambagh.â She first performed in play titled Shatghat-er Kanakori under the direction of Momtazuddin Ahmed, which script was also written by Momtazuddin. She performed under the banner of this theatre group from 1989 to 1993.
After tied the nuptial knot with popular actor and director Shahiduzzaman Selim on December 16, 1993 she has been working with âDhaka Theatre.â Till now she has been working with this group.
Haat Hodai, Prachchyo, Bon Pangshul, Dhaboman, etc are Rosy performed popular plays of this group.
This popular actress is coming with a new play on stage today. Rosy will perform in a solo play titled Pancho Nari Akkhyan under the direction of her husband Shahiduzzaman Selim today at the Experiential Theatre Hall of Bangladesh Shilpakala Academy at 7:o0pm. It will be 14th stage performance of the play. Shimul Yusuf and Chandan Chowdhury will give music direction aaand Afzal Hossain in stage planning of the play, Rosy Siddiqui said.Â  Â
While sharing her feelings in this regard Rosy Siddiqui told this correspondent, âEverybody should watch the play to realize the main theme of human being is the main identity not male nor female.â
It may be mentioned that hailed from Siddique Bazar in old Dhaka Rosy first acted in TV play in 1990. The play was scripted by Aziz Misir and produced by Alimuzzaman Dulu. Late Khaled Khan was her co-actor in the play.
But Rosy came into limelight performing in once popular TV serial titled Jonmobhumi. Since then she has been popularly known as Bizly to all.
Now Rosy Siddiqui is acting in Matia Banu Shuku and Juboraj directed drama serial titled Progga Paromita and Aronnyo Anwar directed drama serial titled Korta Kahini.
Rosy acted first movie was Padma Nodir Majhi. She acted only commercial movie was Kazi Hayat directed Love Story.Â Â Â