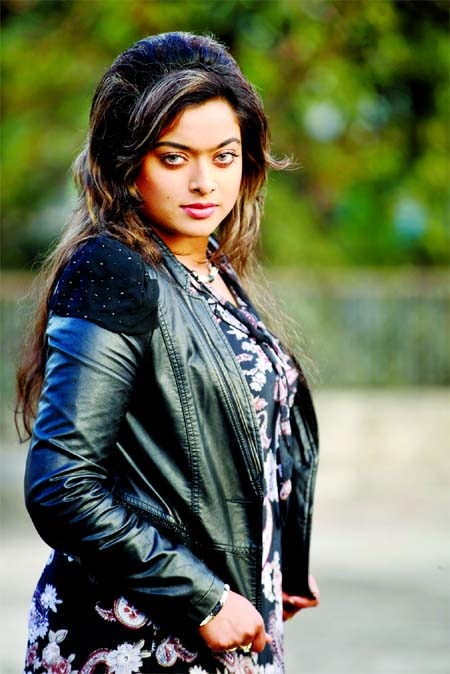 Earlier Sahara acted any movie was released in large number of cinema halls nobody knows. By movie Toke Bhalobashtey Hobe, directed by Raju Chowdhury, Sahara is returning to the big screen today. It was Sahara acted last movie till now.
Today Sahara acted this movie is scheduled to be released in more than 90 cinema halls across the country. Sahara informed this correspondent that earlier she didn't have experience to perform in such a challenging role like this movie.
âI have tried my level best working in this movie and also tried to express role properly in the movie. In fact, I performed very cordially while taking part in the shooting of Toke Bhalobashtey Hobe. I am requesting to the viewers to go to the cinema hall to watch this movie. I think viewers will realise what type of change is being happened in our film industry right now. Zayed Khan performed against me in the movie,â Sahara said while taking with this correspondent.
Though there is no new work on Saharaâs hand, she is trying to become busy with acting now. âFew days ago, I was engaged with my works. All on a sudden, the scenario has changed mysteriously. In fact, I couldnât realise how it was happened within very short time. Now I want to continue acting. For this reason, I am talking with some directors in this regard. Everybody pray for me,â Sahara said.n