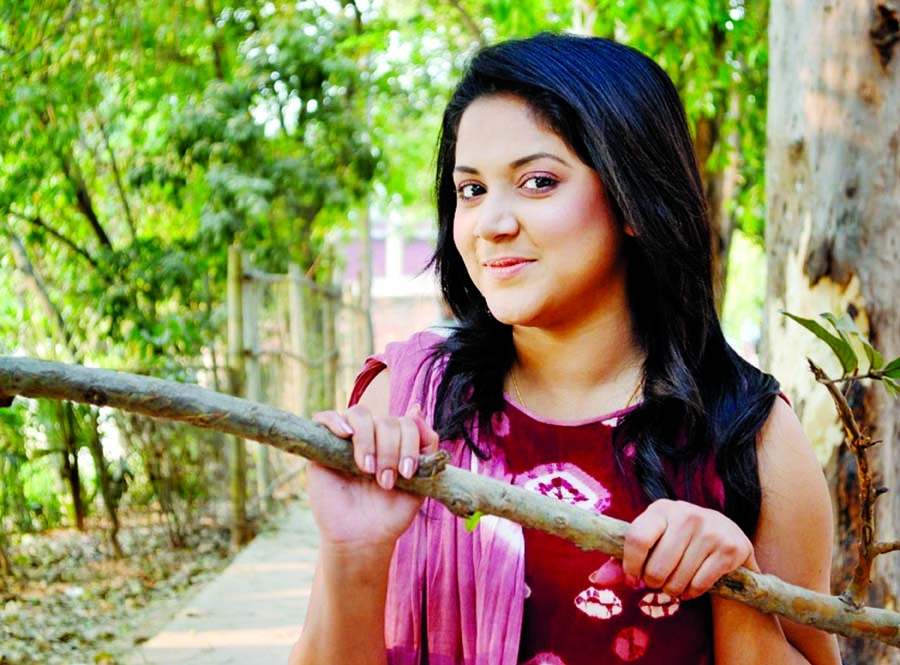 For the first time popular TV actress and Lux superstar Urmila Srabonti Kar has performed in a TV play under the story written by noted and popular litterateur and playwright Imdadul Haque Milon. Urmila has finished shooting of the play titled Bhalobashar Dai last week. Shikdar Diamond has given direction of the play which was produced under the banner of âArunima Multimedia.â Popular TV actor Intekhab Dinar has performed against Urmila in the play. In the story of the play, viewers will watch that Urmila lost her father and brought up under the caring of her mother. She loves a person but she doesnât disclose it to her mother. Once her boyfriend was killed in a road accident. During that time Urmila realised that she became pregnant. Who will take the responsibility of her love? Who will take the responsibility of Urmilaâs baby? Story of the play continues.While talking about the play its actress Urmila told this correspondent, âIt was my first work with Shikdar Diamond bhai. After hearing the story I agreed to act in the play. I have enjoyed lot performing in the play. I think viewers will also enjoy to watch the play.âShirin Alam has performed in role of Urmilaâs mother in the play. Bhalobashar Dai will go on air soon in any satellite channel, said its director Shikdar Diamond.Though Urmila was engaged to perform in drama serials few days ago, she is mostly concentrating to act in faction play now. Within very short time Urmila will perform in two faction plays those will be directed by Ezaz Munna and Munna, Urmila said.