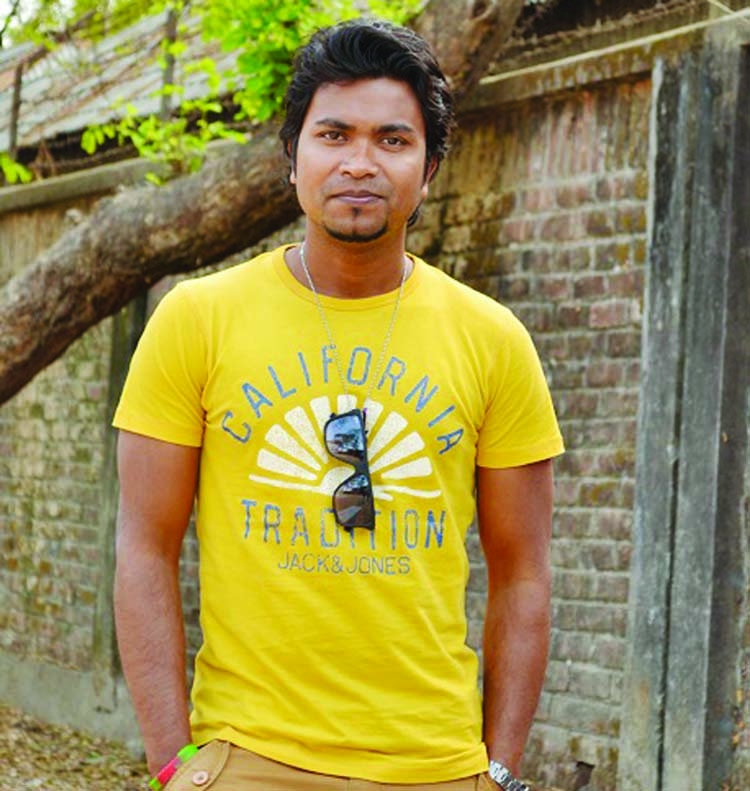 The musical programme titled Nobo Aloker Gaan has been made to give the opportunity to the singers of Close Up 1 contest to render songs. Jointly produced by Kazi Mostafa and Nuruzzaman Close Up 1 singer Joy Sarker will be present on tonightâs episode as invited guest performer. He will render songs of two legendary singers of the country.
Joy will render Subir Nandis popular song titled Ami brishtir kachh theke kandtey shikhechhi and late Khalid Hasan Miluâs song titled Kotodin dekhina maa-er mukh in the programme.
Â After becoming the Close Up 1 star in 2012 it will be Joyâs first performance on the screen.
While sharing his feelings in this regard Joy told this correspondent, âI am trying to render songs of the noted singers properly. If I do wrong while rendering any song everybody forgive me please.â
On the other hand, Joy has already started working to release his debut solo album. Completed M.Sc from MC College of Sylhet Joy wants to establish himself in the field of music. The programme Nobo Aloker Gaan will go on air on NTV on March 28 at 9:00pm, Joy said.Â Â Â