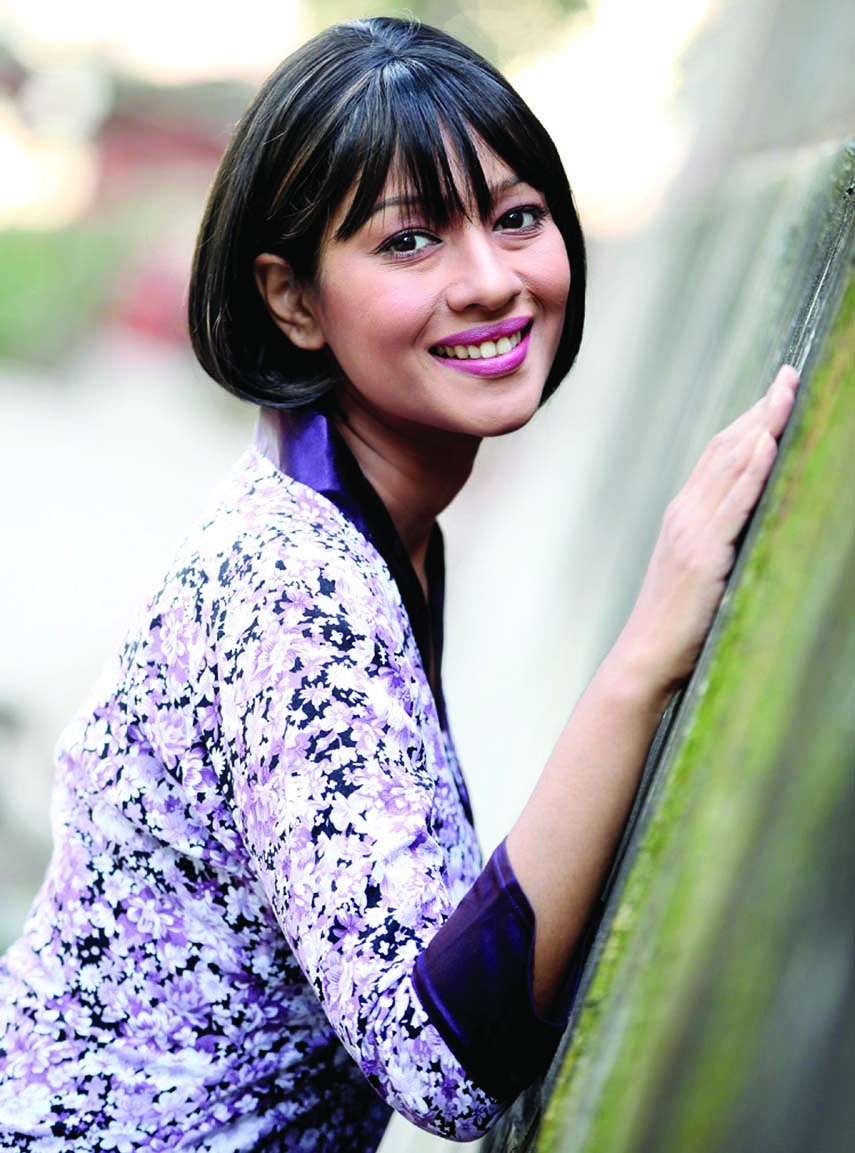 Today is March 26, Independence Day, also birthday of popular TV actress Moutushi Biswas. Moutushi has no shooting schedule today. For this reason, she will spend the whole day with her family members and will celebrate her birthday with homely arrangement.
While talking in this regard Moutushi told this
correspondent, âEverybody pray for me as I can pass the day happily. In the meantime, I can
successfully work in media for long time.â
On the other hand, Moutushi Biswas has recently withdrawn herself to act in Shihab Shahin directed popular drama serial titled Bhalobashar Chotushkone, which is being aired on NTV now. She will no longer perform in this serial now.
While giving her explanation in this regard
Moutushi told this correspondent, âDirector Shihab Shahin failed to keep his promise about my role in the serial Bhalobashar Chotushkone, which was earlier assured by him. For this reason, I have withdrawn myself acting in the serial. There is nothing special to act in any TV serial where there is no opportunity to perform or explore my role in it.â
Meanwhile, besides working in Afsana Mimi directed drama serial titled Shatti Tarar Timir, Moutushi is also engaging herself to perform in two other serials now.Â  These are - Masud Sezan directed Cholitechhe Circus and Ali Fida Ekram Tojo directed Family Pack.