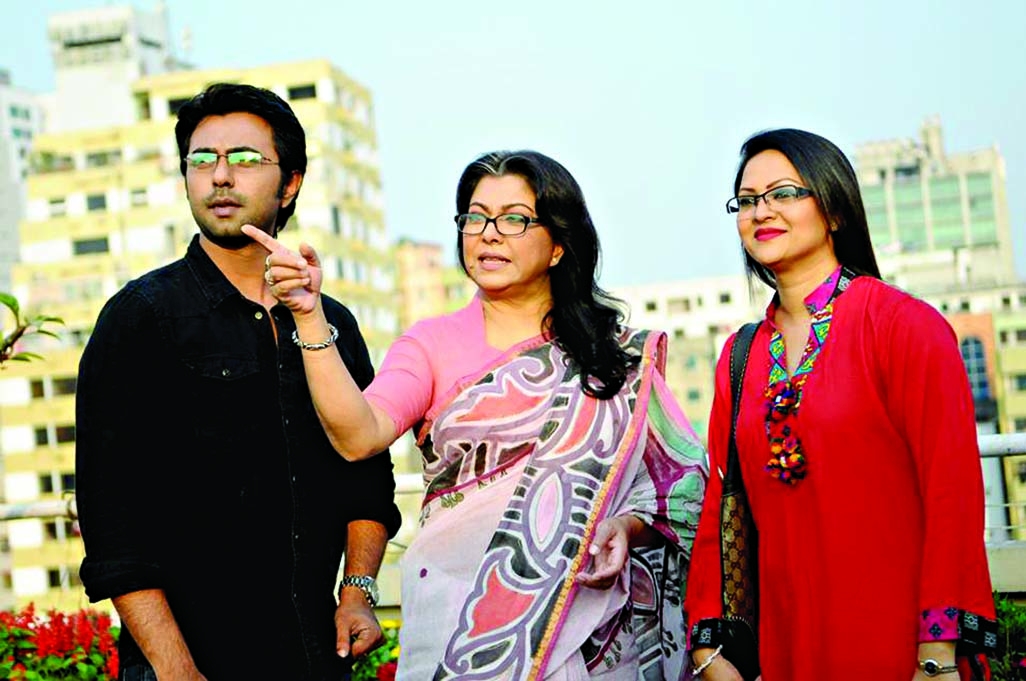 Apurbo, Parvin Sultana Diti and Richi Solaiman in a scene from Independence DayÃ¢â¬â ¢s special play Ã¢â¬ËAlochhayaÃ¢â¬â ¢ to be aired tonight on NTV

On the occasion of Independence Day, NTV will broadcast a special play titled Alochhaya tonight at 9:00pm.
Popular actors Apurbo, Parvin Sultana Diti and Richi Solaiman acted together in play Alochhaya.
The script of Alochhaya was written by Chayanika Chowdhury. Chayanika has also given its direction. Diti will be seen as the mother of Apurbo, while Richi acted against him in the play.
While talking about the play its director Chayanika Chowdhury told this correspondent, âI am immensely optimistic about the play. The story of the play will remain undisclosed; the audience will uncover something new here. So the audience is cordially requested to watch the drama to reveal its story.â
âI have worked earlier under Chayanikaâs direction. She always tries to work attentively keeping everything in proper discipline. At the same time, she ensures artist's liberty during work,â Diti also said. Â
The play Alochhaya was produced by Red Bang Production Ltd. Veteran actor Hasan Imam also acted in an important role in the play .
On the other hand, Diti acted last time in a telefilm titled Parijat directed by popular TV actress Naznin Hasan Chumki. She worked last time for the film titled Most Welcome 2 where she played the role of a police commissioner.
Richi and Apurbo acted together for the last time in a TV play titled Tumi Boshontey Esho directed by Chayanika Chowdury.
Richi and Apurbo paired up for the first time in Chayanika Chowdhuryâs play titled Jete Pari Kintu Keno Jabo.