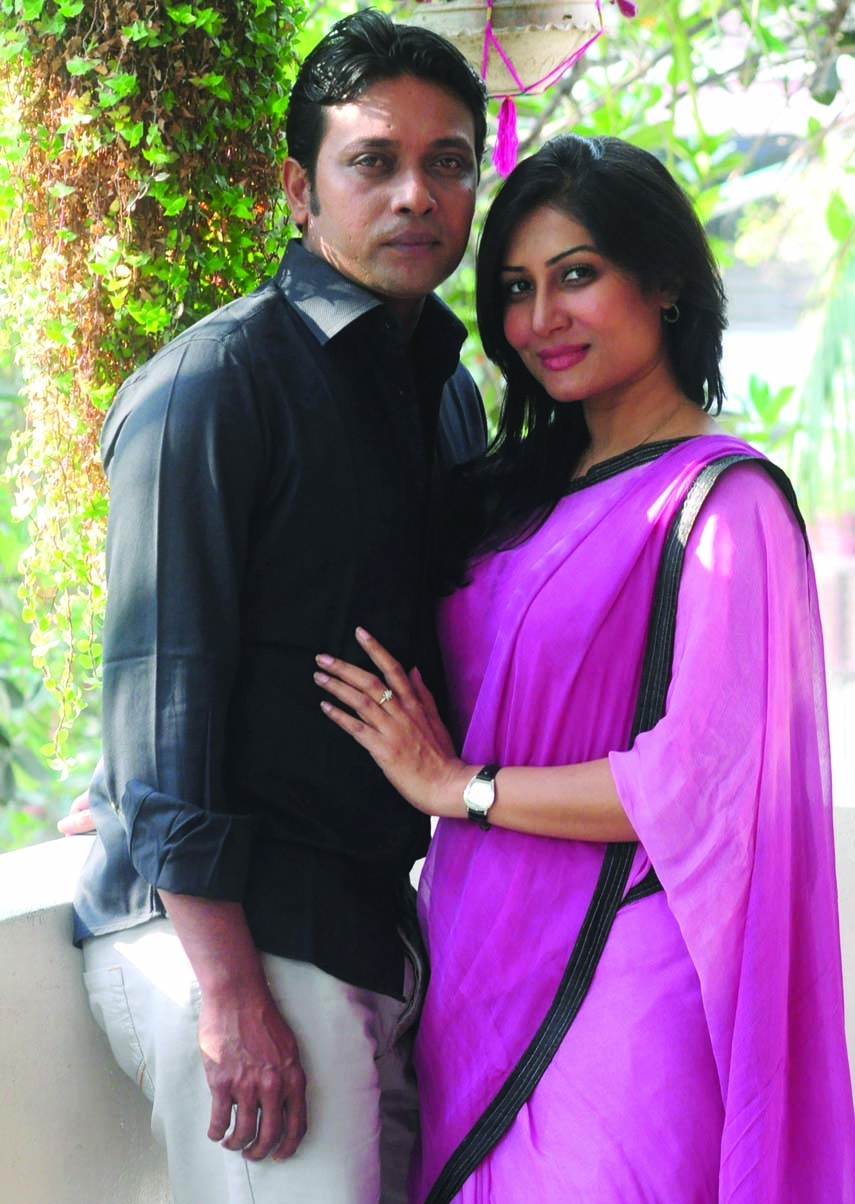 Popular TV actor Anisur Rahman Milon is working most of the time in the big screen now. When he gets better any story/ script of a TV play or telefilm Milon always tries to perform in it. Because he basically came into this position by his performance in TV plays. He has acted in such a play recently.
He acted in a TV play titled Shat Shomuddur Tero Nodi, which was directed by Jubayer Ibne Bakar under the story written by Matia Banu Shuku. Popular TV actress Farah Ruma performed against Milon in the play.
Tahsan and Tania live in two flats in same floor in an apartment. As a friend, they are very close to each other. But at one stage, their friendship turns into an affair. To realise this thing, they have to pass more times.
In the play, Milon and Ruma performed in roles of âTahsanâ and âTaniaâ respectively.
While talking about the play actor Anisur Rahman Milon told this correspondent, âStory of the play Shat Shomuddur Tero Nodi is really nice. Therefore, Jubayer has made the play with having patience and sincerely. I hope viewers will enjoy the play at all.â
While sharing her feelings on her performance in the play produced under the banner of âVersatile Mediaâ actress Farah Ruma said, âIn fact, now I do not act in any TV play or telefilm if its story and my role are not good. Story of the play of Jubayer bhai was really exceptional. For this reason, I agreed to perform in the play. I have worked with having liking from own mind while taking part in the shooting of the play. I believe viewers will also enjoy the play.â
Farah Ruma is giving more time to act in faction plays at present. For the last six months she didnât give any time to perform in any TV serial.
On the other hand, Milon is going to take part in shooting of a movie titled One Way, which will be directed by Iftekhar Chowdhury on April 11.
In the meantime, he has already finished shooting of Rokibul Alam Rokib directed movie Prem Korbo Tomar Sathey.
Popular actress and Lux superstar Jakia Bari Momo is acting against Milon in the movie.