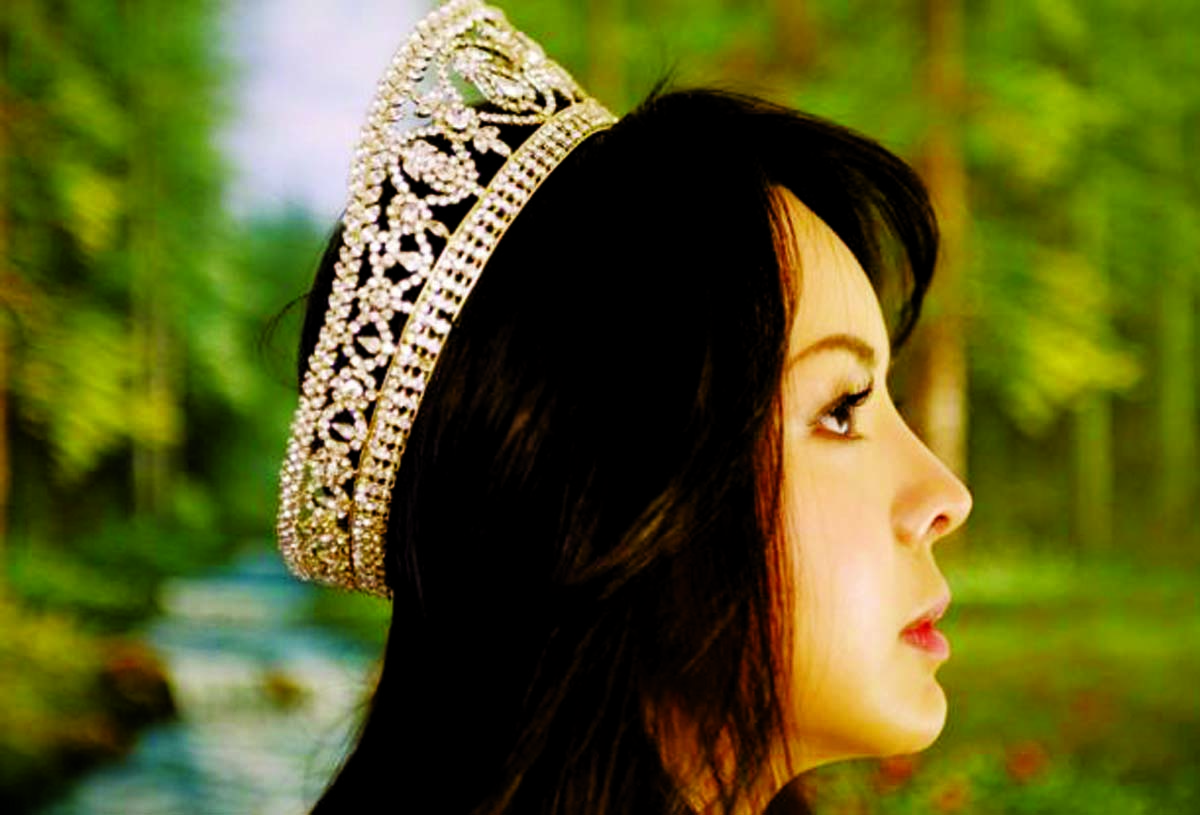 Canada's Miss World contender has said she was barred from boarding a plane from Hong Kong to the Chinese city hosting this year's pageant. Chinese-born Anastasia Lin, 25, says she did not receive an invitation to attend the event, which meant she could not apply for a visa.But she attempted to travel to Sanya, via Hong Kong, as Canadian tourists are eligible for visas on arrival.Ms Lin has blamed the apparent ban on her human rights campaigning. She has criticised the "repressions and censorship" in China and is a practitioner of Falun Gong, a spiritual movement which China deems a cult and has banned.The Miss World tournament is due to happen in the seaside resort of Sanya on 19 December. When Ms Lin first made her claim that she was not sent an invitation to attend, the BBC tried to get in touch with Miss World authorities, but received no response.Canadian newspaper The Globe and Mail quoted a statement from the Chinese embassy in Ottawa that "China does not allow any persona non grata to come to China", in response to a query on Ms Lin's status."My denial was unfortunate, but not entirely unexpected. The Chinese government has barred me from the competition for political reasons," Ms Lin said in a statement. "They are trying to punish me for my beliefs and prevent me from speaking out about human rights issues."As a child growing up in southern China, Ms Lin tells me she was completely unaware of any human rights abuses in the country. In fact, as a class monitor, she even helped organise propaganda films for her fellow students to watch. But after moving to Canada 12 years ago, her world changed.The beauty queen credits her mother, a former university professor, with giving her a wide range of reading material, including books about the Falun Gong spiritual movement, that eventually led to her embracing activism. She asks me about the pro-democracy Umbrella Movement last year, saying Hong Kong residents were brave in standing up for their rights. With no way of getting into mainland China, she plans to spend some time meeting Hong Kong rights campaigners, before returning to Canada to continue her work.Ms Lin said she was barred from flying after trying to check in at the Dragonair counter at Hong Kong airport.Canadians usually need a visa to enter China, but Ms Lin was trying to enter Sanya on a special landing visa that Sanya, as a tourist destination, grants on arrival to citizens of certain countries, including Canada.In an email seen by the BBC, Ms Lin's travel companion Kacey Cox is asked by airline officials to return with Ms Lin to the counter for a phone interview with a Sanya official.During that conversation she was told she could not enter Sanya. Dragonair, when contacted by the BBC, said it would not confirm any information due to "privacy" concerns.Ms Lin moved from China to Canada in 2003 as a teenager. She has performed in films about the abuse of Falun Gong members, and spoken about the subject to a US Congressional committee in July.She has also claims her father, who still resides in China, has been harassed by officials because of her activism.Falun Gong, considered a cult by Chinese authorities, first began as a spiritual movement that quickly amassed thousands of followers. After a demonstration by Falun Gong practitioners demanding recognition in 1999, Chinese authorities outlawed it and launched a crackdown. The movement's followers have accused authorities of persecution and often hold protests outside of China to draw attention to their treatment.