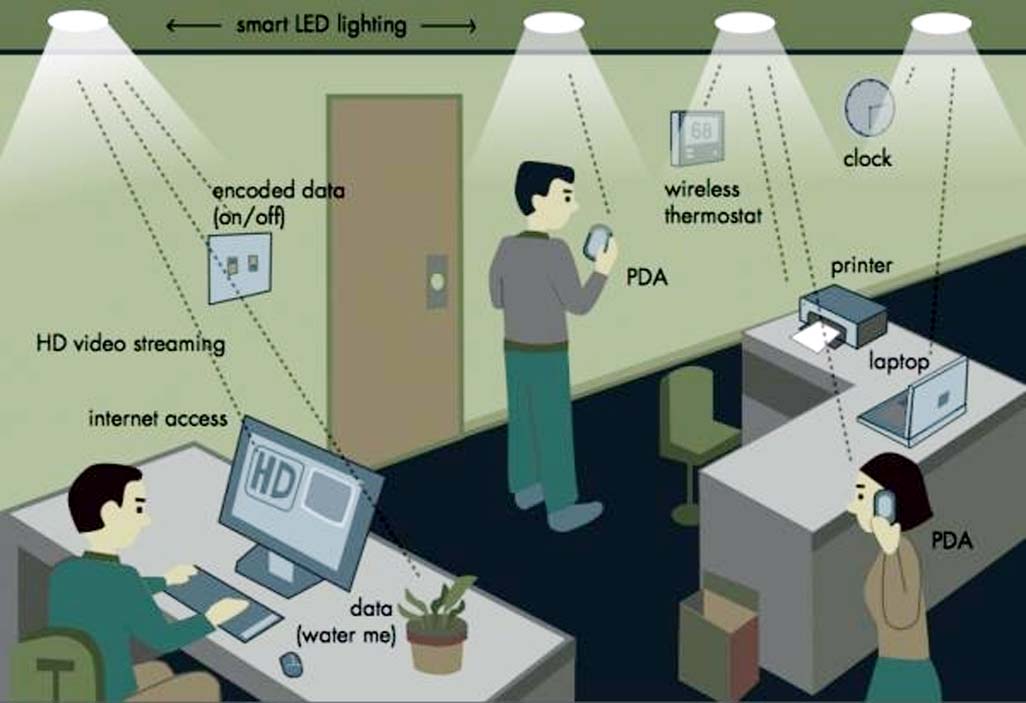 Md. Sadikur Rahman Naiem :
Move aside Wi-Fi, there's a new super-fast wireless internet coming called Li-Fi. Scientists have developed a new form of wireless communication for computers that is 100 times faster than Wi-Fi.This new wireless system hit speeds of 224 gigabits per second in the lab, and has the potential to revolutionize internet usage.
Moving beyond the research lab, Li-Fi has entered into a real-world test and is expected to change everything about the way we use the Internet. An Estonian start-up, Velmenni, successfully implemented this technology in its offices. In a series of tests carried out by Velmenni, data sending speeds of up to 1GB per second were recorded.
The Li-Fi ((loosely expanding to Light-Fidelity) technology uses visible light between 400 and 800 terahertz (THz), and transmits messages through binary code, giving it in-lab speeds fast enough to download 18 movies of 1.5 GB each second.
Light is already used on a smaller scale in fibre optic cables to carry data more quickly than copper wiring, but Velmenni's ambitions are more lofty as they want to carry data through light in the air. This is more difficult due to the lack of guidance or direction that wiring provides. However, Velmenni believes its smart light bulbs hurdle this issue completely when used in specific spaces.
The company's chief executive told IB Times UK: "Currently we have designed a smart lighting solution for an industrial environment where the data communication is done through light. We are also doing a pilot project with a private client where we are setting up a Li-Fi network to access the internet in their office space."
Back in 2011, Li-Fi was invented by Harald Haas, a professor of mobile communications at the University of Edinburgh in Scotland, who for the first time had illustrated that he could transmit far more data by flickering the light from a single LED.
According to Haas's research, Li-Fi can achieve data density 1,000 times greater than Wi-Fi, because Li-Fi signals are contained in a small area, as opposed to the more diffuse radio signals.
The main benefit of Li-Fi over Wi-Fi, is the increased privacy and security which it offers. Data is sent at high-speeds using VLC cannot pass through walls and is therefore, less at risk from being intercepted as well as from suffering with interference from other devices. Besides Velmenni, several companies have already sprung up to bring Li-Fi to customers, like Oledcomm and pureLiFi.
Both companies offer kits to early adopters to install Li-Fi networks in the office and home, and pureLiFi claims speeds of 10 Mbps with their current offering. Further, Chinese researchers have developed a basic Li-Fi prototype as well, powering several laptops with one LED bulb. The Fraunhofer Institute, a German research organization, has been working on Li-Fi hotspot prototypes as well. Even NASA recently announced plans to study Li-Fi's potential uses in space travel.