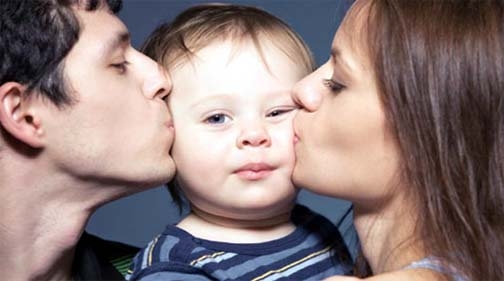 Life Desk :
Scientists have presented the most conclusive evidence yet that genes play a significant role in parenting.
Michigan State University psychologists have challenged the popular theory that how adults parent their children is strictly a function of the way they were themselves parented when they were children, reports BBC.
While environmental factors do play a role in parenting, so do a person's genes, said S Alexandra Burt, associate professor of psychology and co-author of a study led by doctoral student Ashlea M Klahr.
"The way we parent is not solely a function of the way we were parented as children. There also appears to be genetic influences on parenting," Burt said.
Klahr and Burt conducted a statistical analysis of 56 scientific studies from around the world on the origins of parenting behaviour, including some of their own.
The comprehensive analysis, involving more than 20,000 families from Australia to Japan to the United States, found that genetic influences in the parents account for 23 per cent to 40 per cent of parental warmth, control and negativity towards their children.
Â "What's still not clear, however, is whether genes directly influence parenting or do so indirectly, through parent personality for example," Klahr said.
The study sheds light on another misconception: that parenting is solely a top-down process from parent to child.
While parents certainly seem to shape child behaviour, parenting also is influenced by the child's behaviour - in other words, parenting is both a cause and a consequence of child behaviour.
Â "One of the most consistent and striking findings to emerge from this study was the important role that children's characteristics play in shaping all aspects of parenting," the authors said.
Ultimately, parenting styles stem from many factors, they said.
Â "Parents have their own experiences when they were children, their own personalities, their own genes. On top of that, they are also responding to their child's behaviours and stage of development," Burt said.
Â "Basically, there are a lot of influences happening simultaneously. Long story short, though, we need to be sensitive to the fact that this is a two-way process between parent and child that is both environmental and genetic," Burt said.
The study is published in Psychological Bulletin, a journal of the American Psychological Association.