They are in Eid play Obhiman 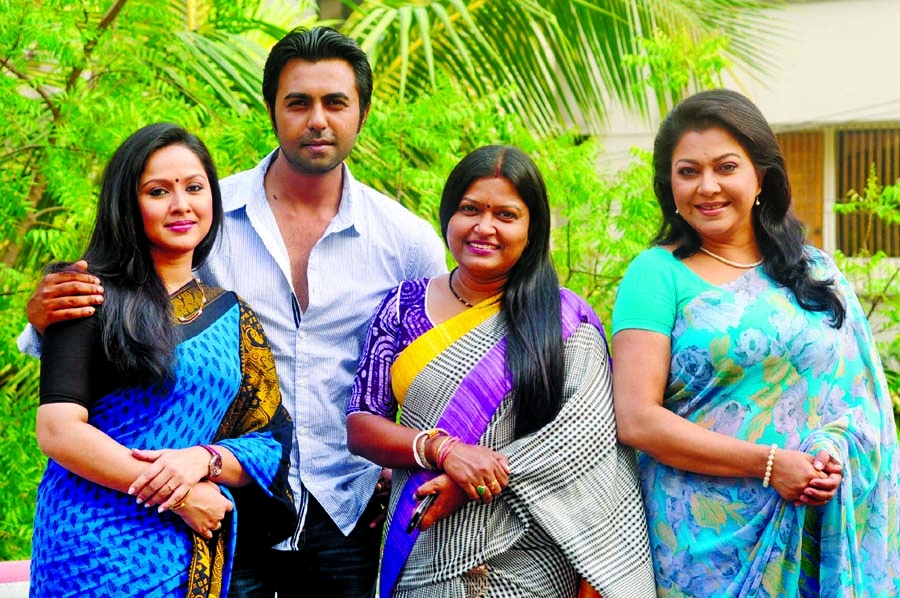 Popular TV actor Apurboâs first acted drama serial was Gazi Rakayet directed Biyer Phul. Later he acted in another play titled Ghor Chhara under the direction of same director.
But till now he has acted under the direction of Chayanika Chowdhury in maximum number of plays.
Under Chayanikaâs direction he firstly performed in TV play titled Kotha Chhilo Annyorokom, which script was written by actor Rawnak Hasan.
Mahfuz Ahmed and Tarin were his co-actors in the play. This play was aired on Bangladesh Television in 2006.
In single play, Apurboâs first TV play was Khunjey Pawa, directed by Chayanika Chowdhury under the
story written by noted litterateur Emdadul Haque Milon. Milonâs elder daughter Eka performed against Apurbo in the play.
Under the direction of Chayanika Chowdhury Apurbo has acted in 100 numbers of plays, which story was also written by Emdadul Haque Milon. Title of the play is Obhiman.
Popular TV actress and dance artiste Nadia has performed against Apurbo in the play under the direction of Chayanika for first time. Nadia acted in role of Apurbo's wife, while popular film actress Parvin Sulatan Diti
performed in role of Apurboâs
aunty in the play Obhiman.
While sharing his feeling on his
performance under the direction of a direction in her 100th play Apurbo told this correspondent, âI really couldnât understand when I have
performed in 100th plays under the direction of Chayanikadi. It is really a part of a history in the TV play arena. I am grateful to didi because she has been giving a lot of opportunity to me to perform in her directed plays one after another.â
Nadia shared her feelings by this way, âThough it was my first work with Chayanikadi, but I couldn't realise that I worked with a new unit. I have enjoyed a lot performing in the play.â
The play Obhiman, produced under the banner of Redbox, will go on air in upcoming Eid-ul-Fitr in any satellite channel, Chayanika said. n