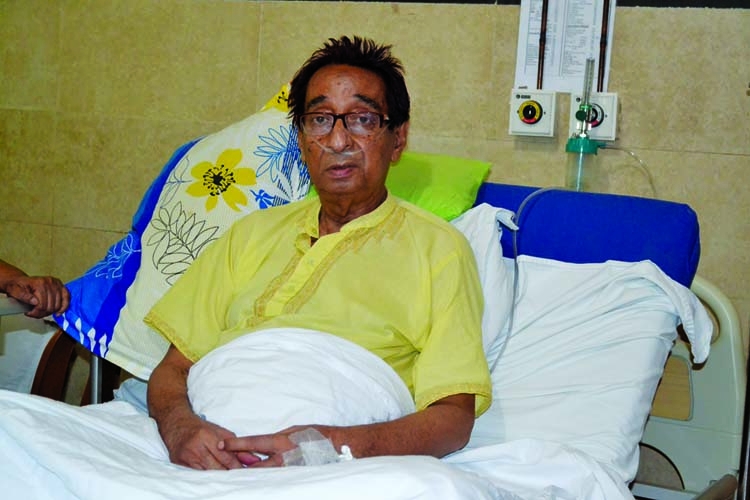 Noted Nazrul singer and exponent Khalid Hussain is at Intensive Care Unit (ICU) of Ibne Sina Hospital in the cityâs Dhanmondi area now.
On March 23, he was facing respiratory complication. Then he was admitted into CCU of the hospital. After deteriorating his physical condition, he was shifted into ICU at 3:30pm yesterday.
It may be mentioned that Khalid Hussain had to go under open-heart surgery 15 years ago. Therefore, he has kidney related complication.
Khalid Hussain was born on December 4 in 1940 in Kolkata. He has six solo albums. His last solo album titled Shaon-o Raat-e Jodi was released 10 years ago. n