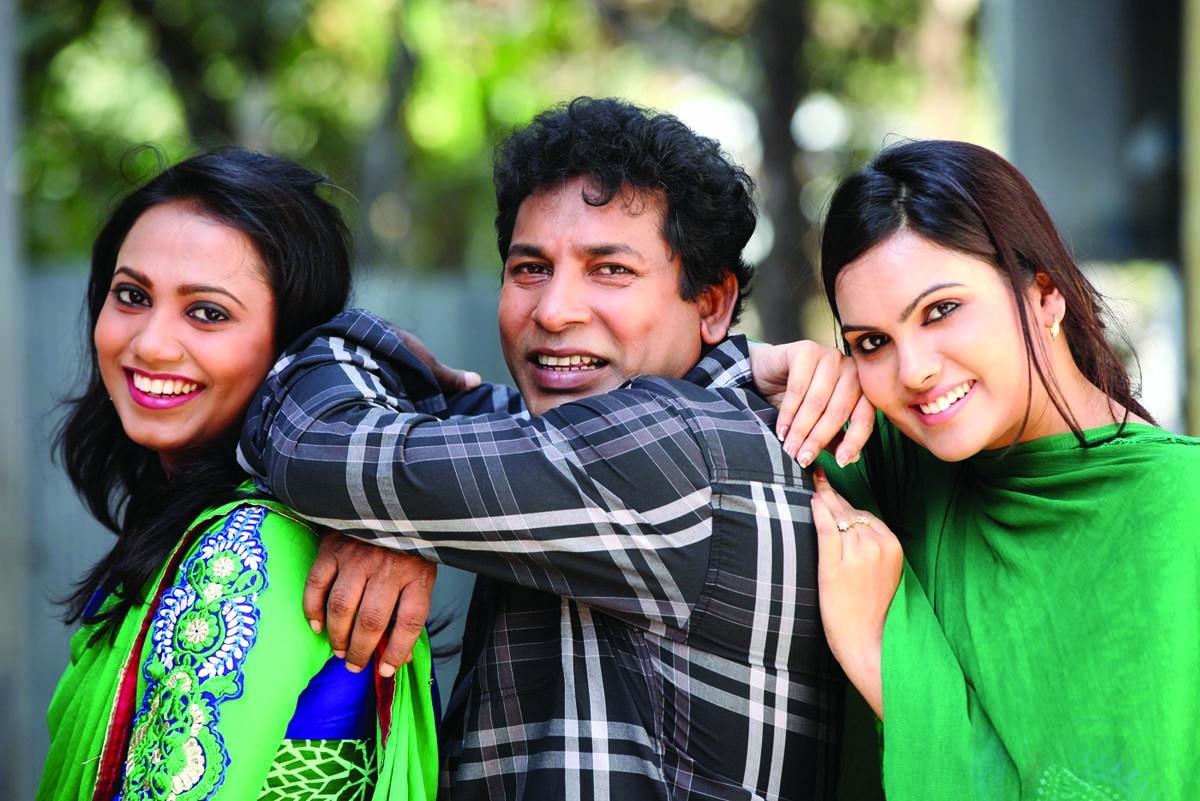 Tini Ashben is the title of Mosharraf Karim acted new drama serial. Mosharraf is hopeful about this serial. He is working in role of âJubayerâ with facing a challenge.
Young females of Jubayerâs area like him very much. But he loves one seriously. Besides acting in the serial, Mosharraf is also cooperating his co-actresses along with its director. While asking him this question he replied, âBasically story of the serial Tini Ashben is based on conflicts between harmony and dissonance of the society or the world. Though we have to deliver our language in Dhakaiya (original local language of Dhaka) while taking part in shooting of the serial, I am cooperating my co-actresses. We including director of the serial Maruf Mithu are trying to give âpure entertainmentâ to the viewers.â
Kazi Shahidul Islam has written story of the serial, while Maruf Mithu is giving direction of it. This serial will start to air in any satellite channel soon, Maruf Mithu said.
While this correspondent visited the shooting spot of the serial in the cityâs Uttara area on Friday found that Jui Karim and Hasin were taking part in shooting. They were acting in roles of âLaboniâ and âPapiaâ respectively. All the members of the unit including performers were trying to work their level best effort to make a successful work despite facing scorching heat of the month of Chaitra, last month of Bengali calendar.
Hasin informed that it is her second work with Mosharraf Karim. Earlier she worked with him in drama serial titled Radio Chocolate Reloaded.
While talking about her performance in the serial Hasin told this correspondent, âIt was my first work where I had to talk in Dhakaiya language. Mosharraf Karim bhai is cooperating me well. I think viewers will enjoy the serial.â
Jui Karim shared her feelings by this way, âI believe that when the viewers will start to watch the serial Tini Ashben, they will continue watching because there are many things those will be liked by them.â
It may be mentioned that Mosharraf Karim acted two drama serials - Poribar Kori Kolpona and Radio Chocolate Reloaded are being aired on NTV and Desh TV respectively now.
On the other hand, Jui Karim has already started working in Masud Sezan directed drama serial Cholitechhe Circus.
However, Hasin acted drama serials Nari, Colour and Radio Chocolate Reloaded are being aired on Maasranga TV, SA TV and Desh TV respectively now.