Can coding: A building block of global education 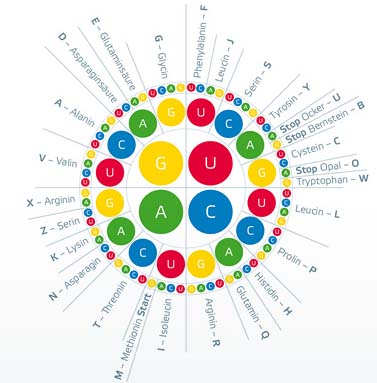 Catherine Cheney :
A group of nearly 40 students gathered around tables crowded with laptops in a classroom at Laboratoria, a social enterprise in Lima, Peru, that teaches young women to code. Beyond learning technical skills and building websites, the girls also gain confidence in their own skills, said Ana Maria Martinez, one of the four cofounders of the shop.
Earlier this month students from Afghanistan to Zimbabwe participated in the third annual Hour of Code. The event's continued growth across the world demonstrates the increasingly global reach of digital literacy initiatives. But despite momentum from social enterprises, supportive policies from a growing number of governments, and events like Computer Science Education Week that unite these efforts, the global development community can do more to ensure that coding will become a part of a basic education.
Teaching kids how to use computers but not how to understand their algorithmic language is like teaching them to read but not to write, said Cristina Pombo Rivera of the Inter-American Development Bank.
"There is a moral obligation that exists to properly prepare children for the technology-focused world and job market they will inherit," she said.
The IDB gave Laboratoria $1 million to expand its model in Peru Chile, and Mexico.
Other donors have not provided as much support but a group of foundations and private capital has stepped up. The Omidyar Network, for example, invested in Andela, which offers coding classes in Lagos, Nigeria. Â
"Globally, consumer Internet and mobile technologies are transforming learning for many people and are also expanding access to certain learning tools in cost-effective and scalable ways," said Amy Klement, who leads Omidyar Network's Education Initiative, adding that they are also working to improve Internet access.
Market demand alone should be reason enough for global education to include a strong focus on effective use of new technologies, said Christina Sass, cofounder of Andela.
A growing number of tech jobs will go to emerging market professionals and a growing number of jobs will require that employees are familiar with computer science, she said.
"People will need to believe that it is both possible and worthwhile to source top computer science technology from emerging markets," Sass said. She added that development professionals should consider how they can help young people learn the skills they need to compete and succeed in the global workforce.
Part of the reason digital literacy has grown worldwide is the increased investment in and expansion of resources that allow people who are new to coding to try it from their web browser.
Code.org works with engineers from Google, Microsoft, Facebook and Twitter to develop tutorials ranging from 20-hour courses on computer science fundamentals for kids to interactive games based on the movies Frozen and Star Wars. The organization works with international partners to ensure its courses in 40-plus languages reach students in more than 80 countries.
Microsoft is seeing a growing and global demand "to teach youth not only how to use technology, but also how to create technology to help them become the innovators and drivers of growth and opportunity in their communities," said Leonardo Ortiz Villacorta Ramirez, director of public affairs and communications at Microsoft.
"Regardless of the career they pursue, young people globally will benefit from understanding how technology works as well as how to create, apply and use it," he said.
Several experts who spoke with Devex said the benefits that come from learning to code, from understanding the process of design to practicing the power of perseverance, is arguably more important for children in emerging market economies, since technology is a powerful tool to help people help themselves.
"Technology is a part of everything we do in every part of our world and we need to give everyone the opportunity to be a part of creating the products we use," said Alice Steinglass, of Code.org. "And the people who live in Africa, Asia, India know best what products are going to work well there and they should be building what they need in their own countries."
Developing countries will have the hardest time incorporating coding in education, due to factors like insufficient resources for teachers, a disconnect between the education system and the technology industry, or a lack of government support.
Government support was critical in pulling off many of the Code.org events in developing countries. The Dominican Republic held more than 500 events through its network of 98 Centros TecnolÃ³gicos Comunitarios, free public spaces the government set up throughout the country to provide low income people with access to computers, workshops, and technology training.
Computer science education Initiatives from tech giants like Microsoft can't reach their full potential without public-private partnerships. Between grassroots solutions and government support, there must be actors in the middle supporting viable and sustainable models, said Chris Vein, formerly chief innovation officer for global informations and communications technology development at the World Bank.
He said development professionals need new incentives in order to build the relationships with government officials that are necessary to support comprehensive policies.
"You have to enable people to experiment and take risks and find those solutions in the local community to solve this problem. You have to build capacity for innovation in these big organizations," Vein said.
Education ministries are also critical partners if technology education is to be mainstreamed, said Pombo Rivera. But Sass is confident this movement will catch on.
"Not only will the recognition of the importance of computer skills and coding spread to the developing word, it will spread throughout developing countries faster than it has in developed countries," she said.