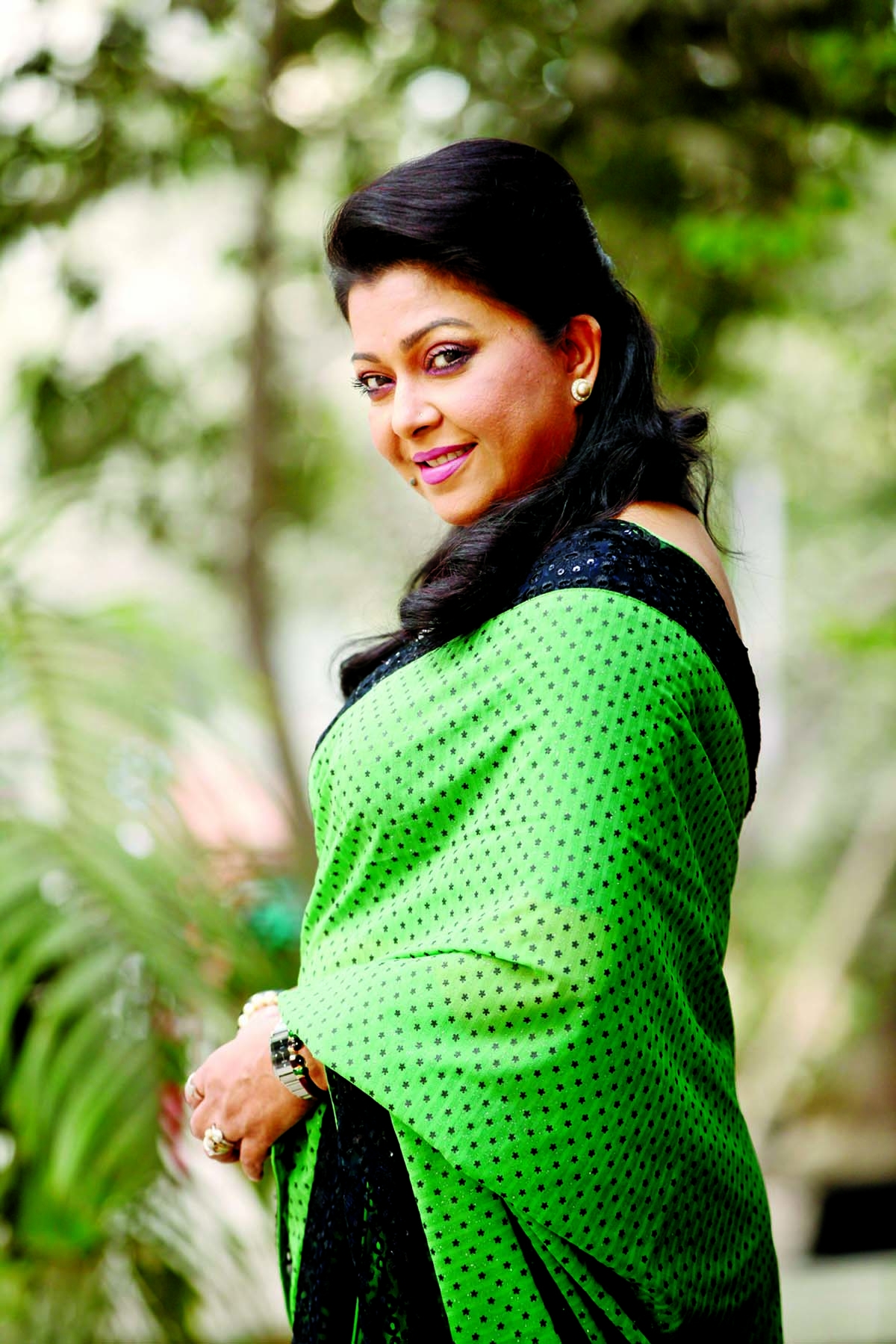 Popular actress Parvin Sultana Diti was engaged with shooting of a drama serial in Pubail, Gazipur on Sunday.
Right now she has given more time to take part in
shooting of a new drama serial titled Chairman Bari, which is being directed by Sardar Rokon. In the serial, Diti is
acting in role of wife of noted actor Rahmatullah.
Today is birthday of Diti. For this reason, to celebrate her birthday Diti mentioned the day as âNo shooting, just enjoy the day.â She first celebrated her birthday by cutting a cake with her only daughter Lamia early hour of March 31.
Today Diti will be present as invited guest at celebrity talk show Aalap, produced by Polash Mahbub, on Boishakhi TV at 10:20am. Besides taking part in the programme, Diti will talk about her present works in the media.
Then she will go to Channel i office to take part in another show titled Citicell Tarokakothon under the production of Ananya Ruma. It will be aired at 12:20pm. Moushumi Barua will host todayâs episode, Diti said.
While talking about her birthday celebration Diti also told this correspondent, âThough having no special programme I will be present at my residence except participating in two live TV shows today. In the evening, my friends, well-wishers will come to my house and I will enjoy the time with them.â
However, Ditiâs mind is sad because her only son Dipto is now in Canada. He is studying there, she said.
It may be mentioned that Diti acted another new drama serial is Idris Haidar directed Palonko. Â
Recently she has finished shooting of Chayanika Chowdhury directed faction play titled Obhiman under the story written
by Emdadul Haque Milon.Â