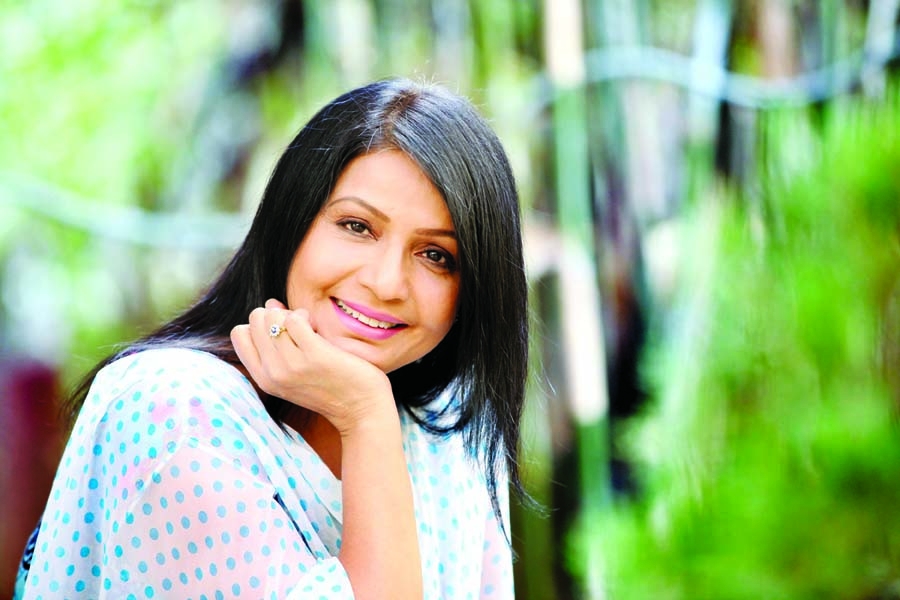 Cute smiling face popular TV actress and model Kumkum Hasan is now more engaged with acting rather than previous times. For this reason, she is now a regular face on the screen. This popular actress cum model is going to appear on the screen for the viewers with three new works. Among those works, one is a TV serial, another one is a daily soap and rest one is a television commercial (TVC).
Under the banner of Pothik Kumkum is acting in a daily soap titled Dhrubotara, which is being directed by Shanta Rahman.
Meanwhile, Kumkum is also acting in a drama serial titled Cholo Hariye Jai, which is being directed by Saiful Islam Mannu. Mannu has also written its script.
While talking about her recent works Kumkum told this correspondent, âWhen the story or script is good why I donât work? Stories of the daily soap and drama serial have attracted me. Those are really nice. Therefore, my roles in those are also significant. For this reason, I have been performing in those works. I hope viewers will also enjoy the daily soap and drama serial.â
It may be mentioned that Kumkum Hasan acted Rahmatullah Tuhin directed drama serial Kshonikaloy is being aired on Maasranga TV, while Redoan Roni directed serial Poribar Kori Kolpona and Ezaz Munnaâs directed serial Jogajog Golojog are being aired on NTV now.
Kumkum first performed in a TV play titled Chirokumar Sobha, which story was written by Rabindranath Tagore, under the direction of Suborna Mostafa.
However, when she was a student of Class-X Kumkum first performed as a model in a TVC under the production of Advich Advertising Company.
In the beginning of her career, Kumkumâs mentionable performed TVCs were - Manola, Tibet and Cosco.
Under the direction of Saidul Anam Tutul, Kumkum and noted dance artiste Munmun Ahmed performed as models in the TVC of Tibet Blue Bar. After 12 years, in same productâs TVC, they again performed together under the direction of Ahmed Yusuf Saber.
Meanwhile, Kumkum recently came into limelight after performing as model in a TVC of GrameenPhone Bundle-Offer under the direction of Wahid Tarek. She acted in role of mother of film actress Borsha in the TVC.
Kumkum lastly working as a model in a TVC of a companyâs sanitary napkin under the direction of Piplu. This new TVC will go on air in different satellite channels soon, Kumkum said.Â