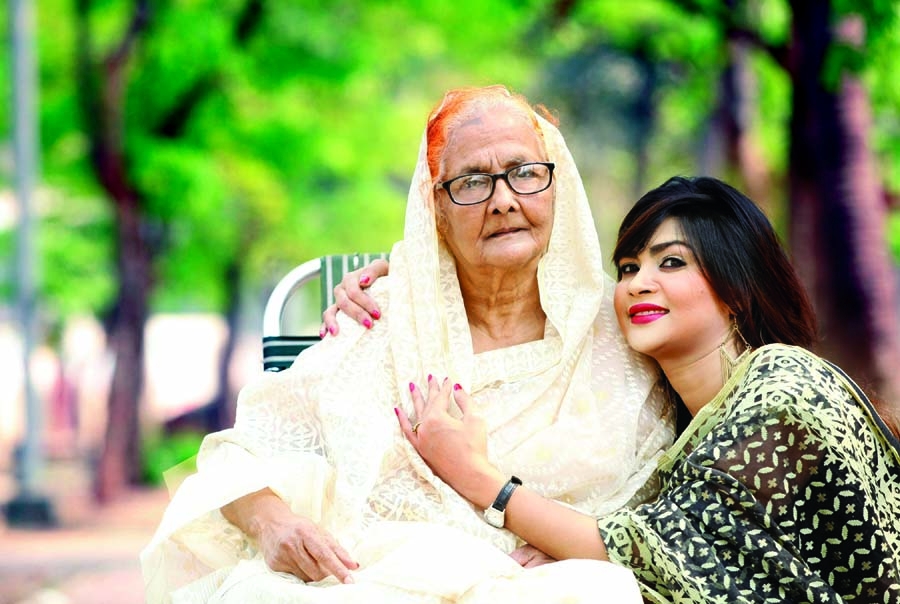 National Film Award winner actress Shimla is now concentrating her most of time with family members rather than taking part in shooting.
She is giving more time specially to her mother Nurunnahar Joshna now.
Shimlaâs father Mia Abdul Majed died in 2004. Then her mother became lonely. But Shimla realised this thing later. Her mother, 75, has been suffering from various diseases including old-age complications and diabetic. For this reason, Shimla is giving more time to her mother now rather than thinking about her career.
While talking in this regard Shimla told this correspondent, âWe are eleven brothers and sisters. My brother by whom I came into film industry he is not alive now. My mother is sick. She feels bad most of the time. For this reason, I am giving more time to her rather than giving time for acting. Everybody pray for my mother.â
It may be mentioned that Shimlaâs full name is Shamsunnahar Shimla. Her acted movie Nekabbor-er Mohaproyan is waiting to release.
But future of Shimlaâs another movie titled Na Manush, directed by Animesh Aich, remains uncertain. May be this movie will never see the light, Shimla said.