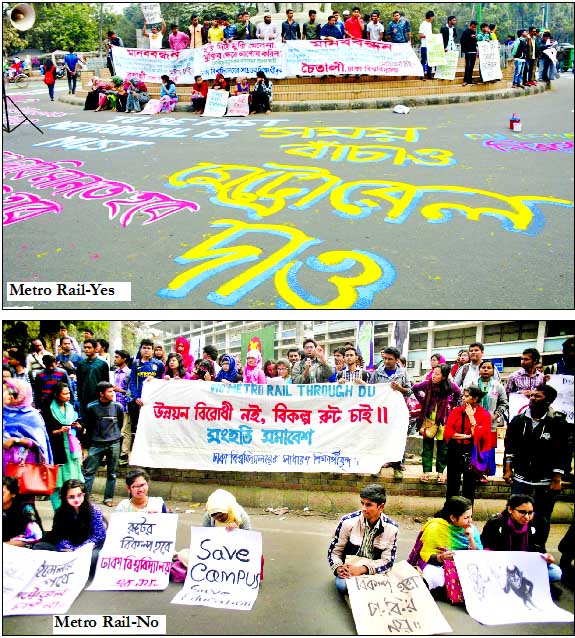 Dhaka University students divided over proposed Metro Rail should pass through the campus demonstrate on Wednesday.

Dhaka University students, divided over whether the proposed Metro Rail should pass through the campus, demonstrated on Wednesday.Some supported it while some opposed the proposal.Students supporting it held a demonstration at the TSC intersection at 10am. A while later, a group of about 150 students organised a protest demonstration only a few yards away.About 400 students organised a small rally supporting the move. They also resorted to painting the street with slogans in support of Metro Rail passing through the campus.