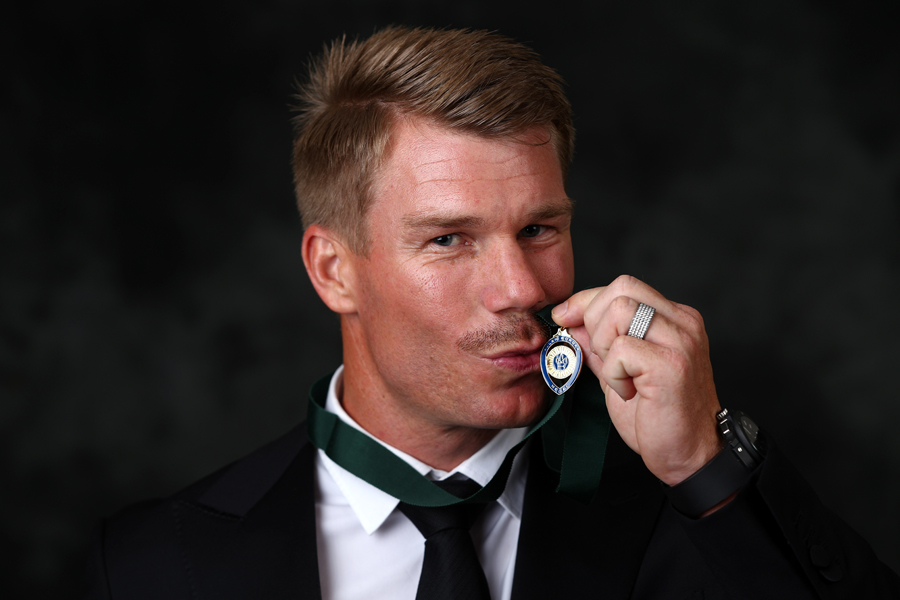 David Warner was named Australia's Test player of the year Wednesday, beating captain Steve Smith for the Allan Border Medal.
Warner won Australian cricket's highest individual prize -- judged on performances in Tests and one-dayers over the season -- with 240 votes, 21 ahead of Smith and 57 more than Mitchell Starc.
The prolific run-scorer totalled 30 votes for Test player of the year, six more than Smith with Starc again in third position (18).
"My heart is racing. I honestly thought Smudge (Smith) had a terrific year and he would have taken this out," Warner said.
"People said to me I could have been one of the greats of the game but I just sat there and let it go through my ears. You can only control what you control on the field."
Twenty-nine year-old Warner, who last year was named Test vice-captain, powered his way to his 16th Test century this summer.
In a man-of-the-match performance against the West Indies earlier this month he reached 100 off 82 balls to achieve the faster Test century at the Sydney Cricket Ground.
And in the earlier series against New Zealand, he scored 163 and 116 in the first Test in Brisbane, before scoring 253 in the second Test in Perth.
Fellow players, the media and umpires vote for their choice of Allan Border Medal winner.
Previous recipients include Ricky Ponting, Glenn McGrath, Steve Waugh, Adam Gilchrist, Shane Watson, Michael Clarke and Smith.
All-rounder Glenn Maxwell was named one-day-international player of the year and Adam Voges the domestic player of the year.