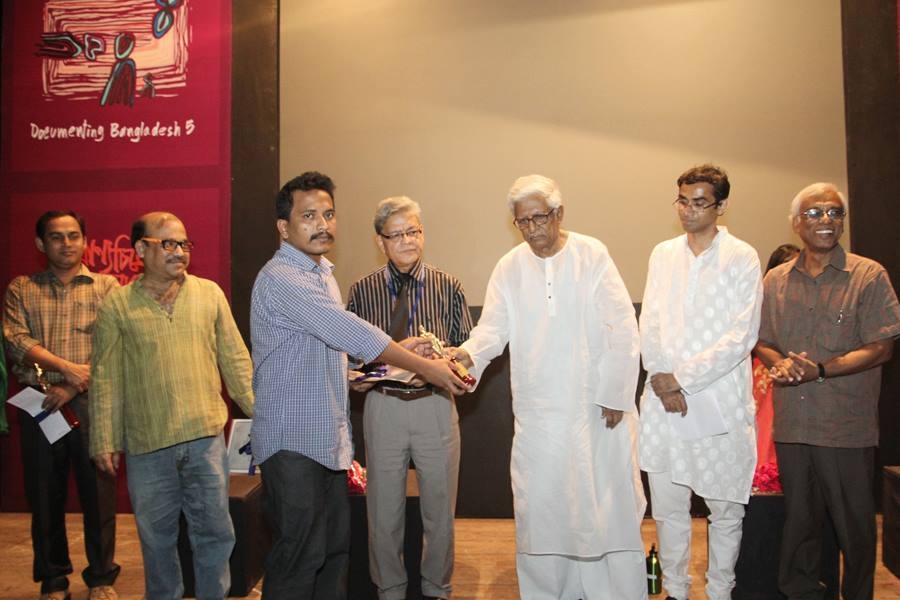 Closing ceremony of a five-day biennial documentary festival titled âDocumenting Bangladesh 5âÂ  was held at the Shawkat Osman Memorial Auditorium of the Central Public Library in the cityâs Shahbagh area on Tuesday.
Veteran journalist and cultural personality Kamal Lohani was present as chief guest in the closing ceremony, while Secretary for the Cultural Affairs Ministry Dr Ranjit Kumar Biswas was also present as special guest on the occasion.
Therefore, Anwar Chowdhury, festival director, general secretary of the Council Mridul Mamun, among others, spoke in the programme.
Mokbul Chowdhury got the Best DocumentaryÂ  Filmmaker Award for his movieÂ  Not a penny, not a gun.
Meanwhile, Habibur Rahman received the Best Promising Filmmaker Award.
In the concluding ceremony, awarded movies were screened.
It may be mentioned that Bangladesh Documentary Council launched the festival for the fifth time in the cityâs National Museum on March 28 aiming to highlight potentials of documentaries and marking its 10th anniversary.Â  In three phases in each of the next four days, 32 documentaries were screened in the Central Public Library.
Moreover, four selected documentaries of directors from India, Nepal and Malaysia which were screened in the recent Film South Asia Documentary Festival in Nepal were also showed.
Besides, a three-day âappreciation workshopâ and a national seminar titled âNew Media Art and Documentariesâ were also held during the festival.Â