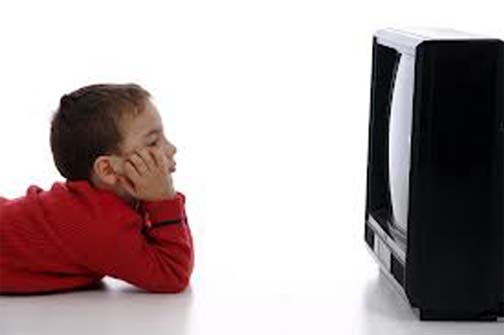 Life Desk :
Middle school kids who watch TV for over two hours each day are more likely to consume junk food and have risk factors for cardiovascular disease, a new study has found.
Â Researchers found that middle schoolers who watch TV for long hours had poorer food choices and increased cardiovascular risk even when compared to those who spend an equal amount of time on the computer or playing video games.
Â "While too much of both types of screen time encourages sedentary behaviour, our study suggests high TV time in particular is associated with poorer food choices and increased cardiovascular risk," said Elizabeth Jackson, from the Division of Cardiovascular Medicine, University of Michigan Systems, and senior author of the study.
Â Researchers found that sixth-graders who reported watching between two and six hours of TV a day were more likely to have higher body mass index, elevated systolic and diastolic blood pressure and slower recovery heart rate compared with those reporting low screen time or kids who had comparable computer/video game use.
Â The study included 1,003 sixth-graders from 24 middle schools participating in Project Healthy Schools across five diverse communities in Southeast Michigan.
Â Researchers used standardised questionnaires to collect information about health behaviours including the type and frequency of screen time, snacking habits, and food and beverage choices in the last 24 hours.
Â Physiological measurements were also assessed, including blood pressure, cholesterol, heart rate recovery after exercise (a marker of fitness), height and weight.
Â Students were divided into three groups: low screen time (less than one-half hour a day), high TV time (two to six hours a day) and high computer/video games (two to six hours a day). Self-reported snack behaviour and physiologic markers were then compared.
Â The research found that kids who spent more time in front of a screen - regardless of the type - snack more frequently and are more likely to choose less healthy snacks.
Â High TV viewers and computer/video game users both reported eating roughly 3.5 snacks a day - one full snack more than kids who had minimal exposure to these technologies.
Â But children who watched two to six hours a day of TV were more likely than the high computer/video game group to eat high-fat foods such as French fries and chips.
Â Jackson said this is likely because these kids are bombarded by TV commercials that tend to reinforce less healthy foods - often higher in sugar, salt and fats.
In addition, kids tend to have free hands while watching TV as opposed to when they are on the computer or playing video games, which provides more opportunity for mindless snacking.
The research was presented at a meeting of the American College of Cardiology.
the Indian Express