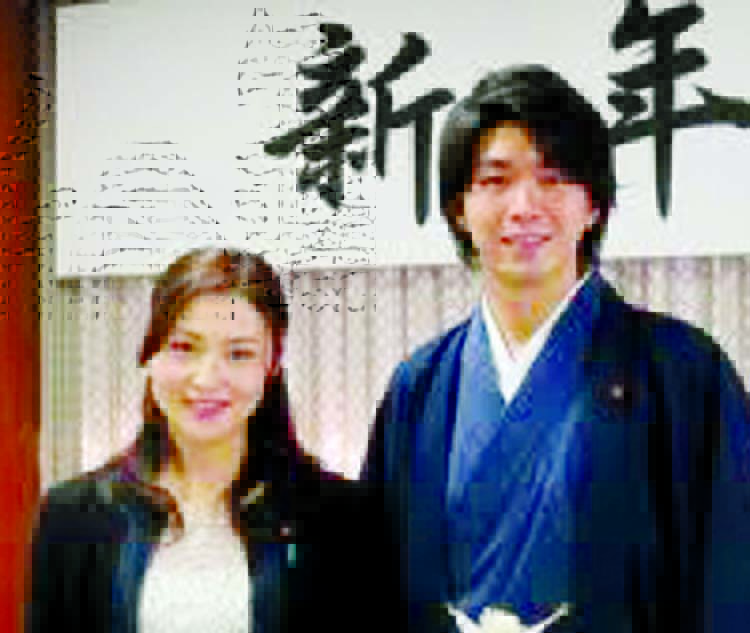 A Japanese MP who sparked a national debate about paternity leave has quit after admitting to having an affair as his wife was due to give birth.Kensuke Miyazaki apologised for "causing an uproar" at a news conference and resigned his seat. Mr Miyazaki made waves last month when he became the first ever male MP in Japan to request paternity leave.He faced strong opposition from people who saw it as neglecting his duties to his constituents.Japanese tabloid Shukan Bunshun had earlier this week published a photo of Mr Miyazaki and a woman, said to be a bikini model and professional kimono dresser, leaving his home in Kyoto.The tabloid said the photo was taken days before his wife, fellow politician Megumi Kaneko, gave birth on 5 February. Both Mr Miyazaki and Ms Kaneko are members of the ruling Liberal Democrat Party.On Friday, Mr Miyazaki confirmed he had an affair and said he was stepping down as MP for Kyoto prefecture. He said he met the woman when she helped him and other lawmakers dress up in ceremonial kimonos for the opening of Japan's parliament, known as the Diet, on 4 January. "I've explained everything to my wife. I deeply regret doing such a cruel thing to her just after giving birth... I sincerely apologise for causing an uproar," he told reporters as he bowed towards them.When asked if he had had affairs with other women, he said he could not deny it. He also asked for privacy for his wife and child. The admission drew immediate sharp criticism online, with many Japanese condemning his actions, and also reignited the debate on paternity leave. Mr Miyazaki had told the BBC at the time that he wanted to apply for paternity leave to "set an example and cause a bit of a stir". It did cause a stir with some saying that as an elected lawmaker he had a duty to continue serving the people. Japan has one of the most generous entitlements for fathers among developed countries, but only 2.3% of fathers took paternity leave last year.