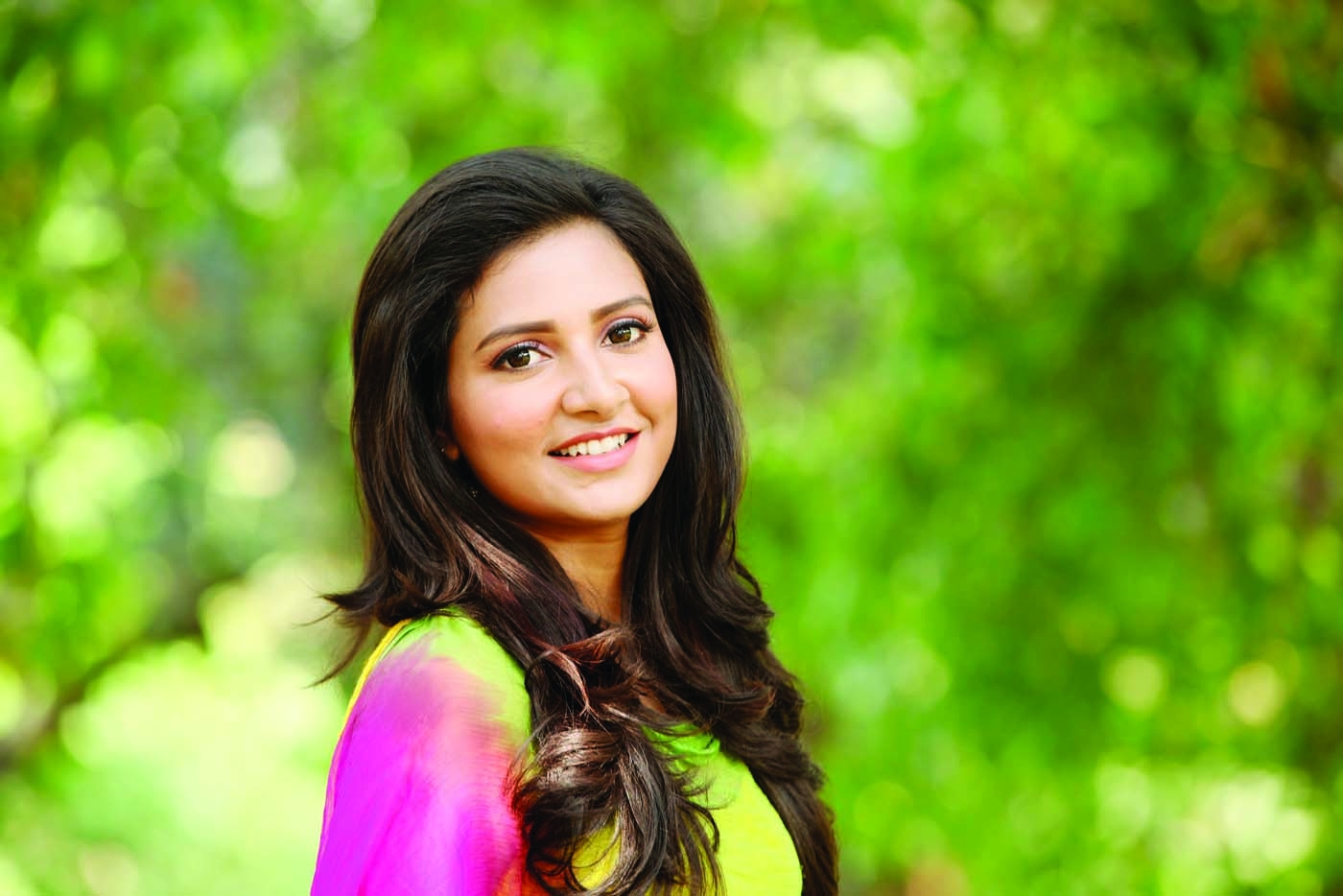 Popular heroine of Kolkata Subhashree came to Dhaka for first time to take part in shooting of a movie.
She arrived in Dhaka Friday night and took part in shooting of movie Ami Shudhu Cheyechhi Tomai, which is being directed by Anonno Mamun and Ashok Poti (Kolkata), on Saturday in Gazipurâs Pubail area.
Kolkataâs another popular actor Ankush is also taking part in shooting with Subhashree in the movie. They took part in shooting of a song of the movie yesterday.
While this correspondent asked her about her feelings Subhashree replied, âFrom the very beginning, I had planned to come to Bangladesh. But I didnât think that my visit to Bangladesh would be taking part in shooting of a movie. It was really out of my thinking. I am feeling well now. I am really enjoying hospitality of local people. Most interesting thing is that I am acting in role of a Bangladeshi female in the movie. It is really thrilling and also challenging for me to express my character in the movie.â
Though she has to be engaged with shooting during her visit, Subhashree wants to visit Bashundhara City in Dhaka if she manages time, Subhashree said.
Among her family members, Subhashree is the only member who has engaged with the film industry. Earlier she didnât get cooperation from her family acting in movies. Later Subhashreeâs present position was positively accepted by her family members, she said.
Subhashree mentioned that her acted Baba Yadav directed movie Game is scheduled to be released in May. Kolkataâs popular hero Jeet performed against her in the movie. In June, Subhashreeâs another movie titled Shesh Bole Kichhu Nei, directed by Anjan Dutt is set to be released. Jisshu was her hero in the movie, she said.
While sharing about the movie Subhashree told this correspondent, âI will be appeared on the screen with a different look in movie Shesh Bole Kichhu Nei because it is an art film. I am very much optimistic about my performance in this movie.â
However, while talking about her present movie Ami Shudhu Cheyechhi Tomai Subhashree said, âWhen I work in any movie, I always feel that itâs my own movie. From that point of view I always work taking part in shooting of the movies. I am doing this thing in my new movie also.â
As an actress, Subhashree has a good reputation about her works so that everybody including directors and producers like to cast her in their movies. She is very sincere while taking part in shooting, said noted Kolkataâs producer Ashok Dhanuka.
At last, while asking her do you have any plan to work in Bangladesh in any other movie Subhashree replied, âWhy not, if I would manage my schedule, I will come here to play in movie.â n