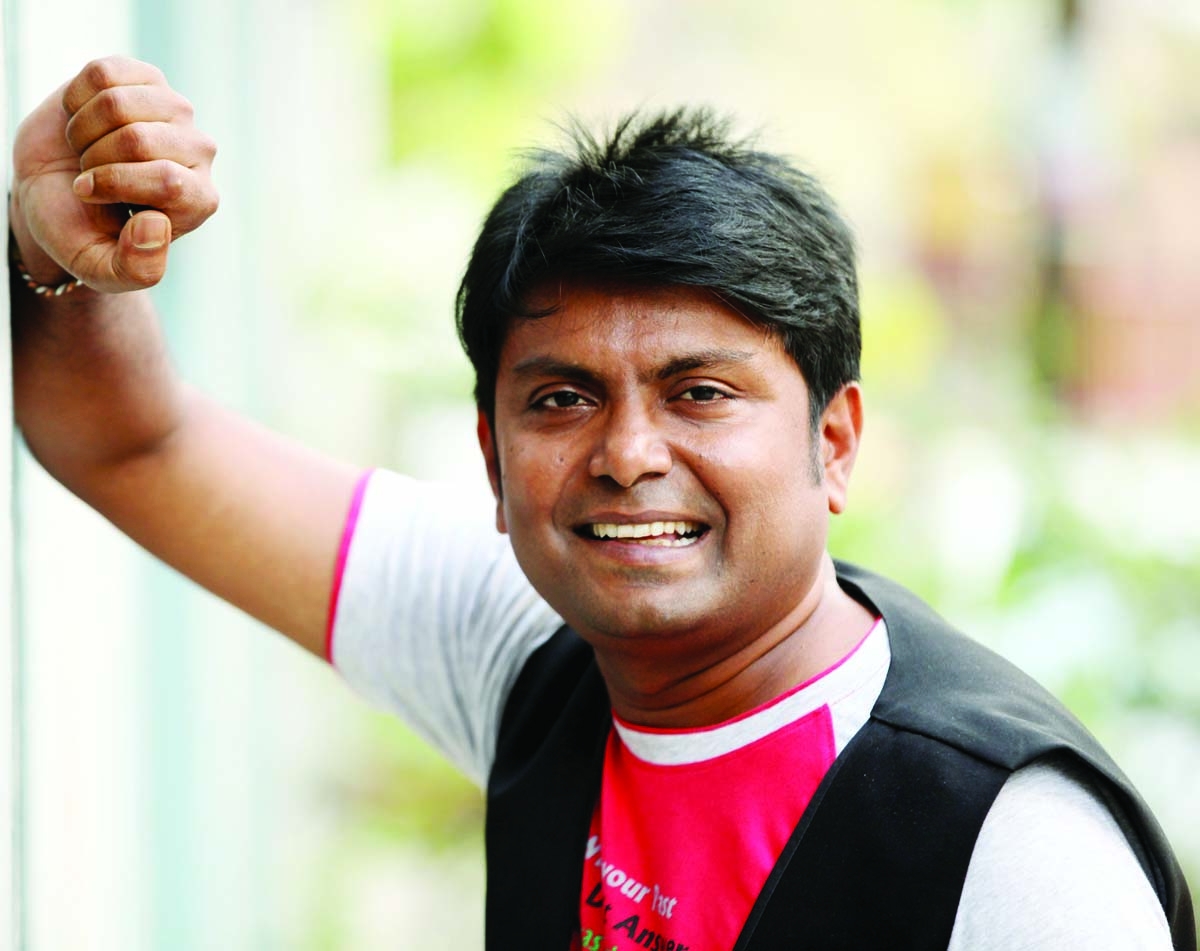 Popular face of present time on the screen Arfan came into limelight acting in popular sequel story based plays like Aarman Bhai and Sikandar Box under the direction of Sagor Jahan.
Arfan first performed as a model in a television commercial (TVC) under the direction of late Ashim Sengupta in 1994. He worked as model in the TVC of Bonophul Sweet. From that time to till now he has worked only in five TVCs.
This time Arfan worked as a model in a TVC of Bengal Plastic Chair under the direction of Syed Apon Ahsan.
While sharing his feelings on his performance Arfan told this correspondent, âAs a advertisement-maker, Apon bhai is a high profile director. He has made the new TVC of Bengal Plastic Chair very sincerely. I am really grateful to me because he gave opportunity to perform in such a good TVC.â
The TVC is being aired in different satellite channels two days ago and he is receiving positive response about his performance, Arfan said.
It may be mentioned that Arfan acted first TV play was Porushkar, produced Shamsuddoha Talukdar. It was aired on Bangladesh Television (BTV).
Arfan, hailed from Dhakaâs Matuail area, has been giving time in acting on stage from his early childhood.
Only his initiative he set up a theatre group named Nattyaon. His acted first drama serial was Akali, which was aired on BTV in 1996. His birthday is August 25. He completed graduation and post-graduation in Bangla from Jagannath University. He always feels comfortable to give his identity as an actor. n