Fashion can be new language of Indo-Pak peace talks 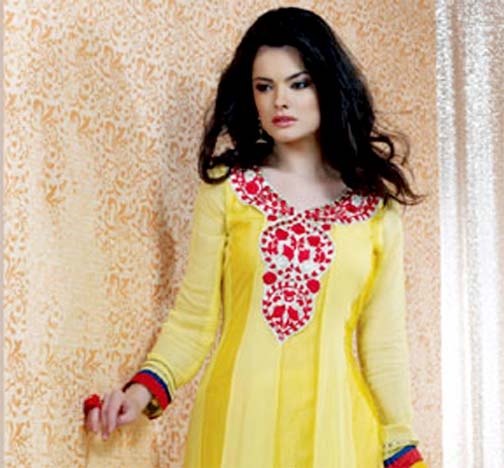 Life Desk :
Fashion can be a new language of peace between India and Pakistan with both the nations sharing a common ancestry and lifestyle trade showing encouraging trends, a Pak-based textile industry veteran has said.
"A year before there were lot of complications but with the passage of time Indian and Pakistan governments are willing to make relations better," M Pervez Lala, partner of Lala Textiles, a Lahore-based firm, said on the sidelines of ongoing International Ethnic Week (IEW) Goa 2014.
Peace is the only solution for economic growth of both the countries, says Lala, a third generation businessman from Pakistan's one of the oldest textile mill owning families, report PTI.
The IEW started on Sunday at a five-star resort in South Goa where more than 1,000 traders indulged in the business-to-business conferences against the backdrop of fashion shows displaying various ethnic wear brands.
Lala, whose firm originated in Lahore in 1948 and recently entered the Indian market, claims to have been gaining ground here.
"Salwar kameez cuts from Pakistan are liked by Indian women," he said explaining the USP of their product, and added that cotton lawn made 'salwar kameez' and 'dupatta' appeal Indian women.
It's not just him, but several Pakistani firms are willing to increase trade with India if the environment is conducive, claimed Lala, the lone representative from Pakistan in the event.
At the IEW, Bangladesh is the focus country with more than 130 traders from the eastern nation arriving here.
"What we prefer at the IEW is transparency in business. We also share ideas with the participating nations so that the future growth of the trade is bright," said Suresh Tulani, one of the event organisers.
"With China trying to grab the traditional ethnic wear and textile markets in the South East Asian nations, the initiatives like IEW will work a long way in cementing the ties," said Hitesh Jain from Surat Dreams, a Gujarat-based textile initiative which hosts the IEW.