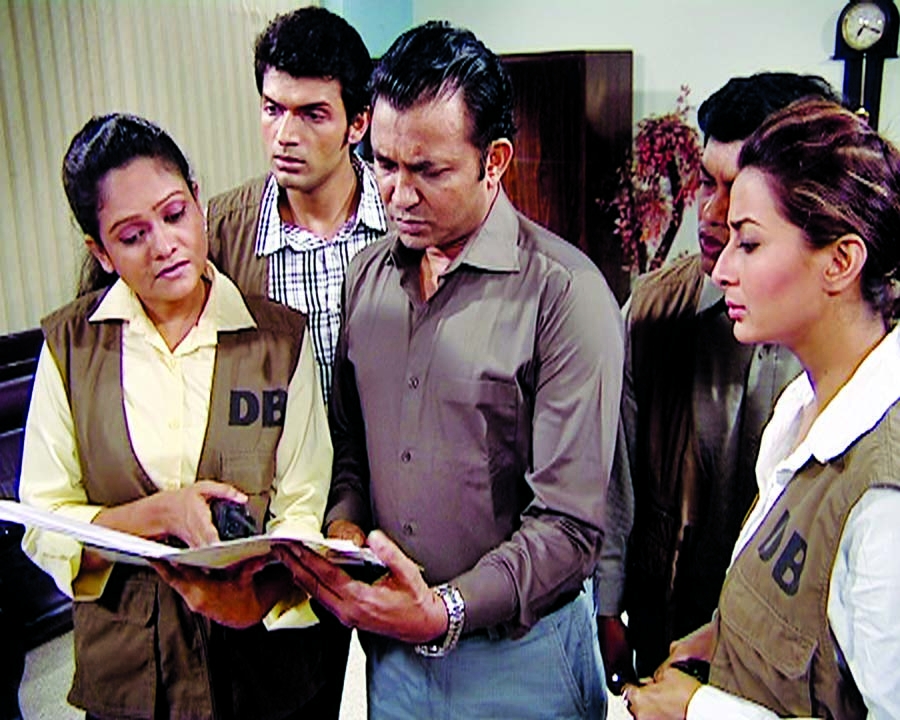 Countryâs longest mega serial DB will be aired tonight on ATN Bangla at 9:20pm.
Based on Mahfuzur Rahmanâs theme story, the script of the mega serial was written by a board of scriptwriters, which included Litu Sakhawat, Mansur Chanchal, among others.
The serial, however, was directed by a board of directors, which included Shahiduzzaman Selim among others.
The serial was made on the basis of facts and near facts of some recent crimes in the city. In each episode, actors of the serial change according to the demand of the stories apart from some performers. They are DA Tayeb, Syed Shuvro, Hera, Yusuf Russell, Mimo, Farzana Chhobi, among others.