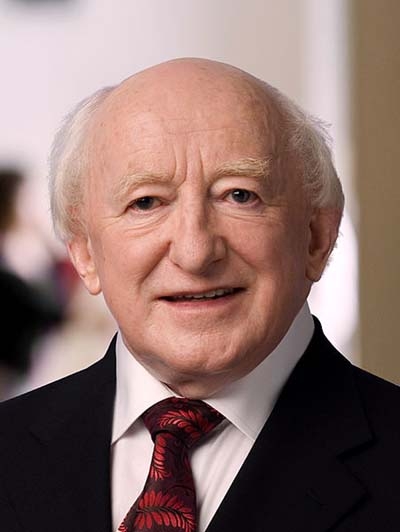 The first official state visit to the UK by an Irish head of state is due to get under way.President Michael D Higgins will meet the Queen and address Parliament - another historic first.Ahead of the trip he said Anglo-Irish relations were at a high but warned there was "significant work" to do secure peace in Northern Ireland.His trip comes after the Queen became the first British monarch to visit the Republic of Ireland three years ago.Then Sinn Fein did not take part, but on Tuesday Northern Ireland's Deputy First Minister and former IRA commander Martin McGuinness will attend a banquet hosted by the Queen at Windsor Castle.Higgins said: "I think Her Majesty in coming to Ireland and addressing for example issues of relations between our two people was doing it the right way."He is due meet the Queen and Prince Philip at Windsor Castle later.