New app to stop teens from texting while driving 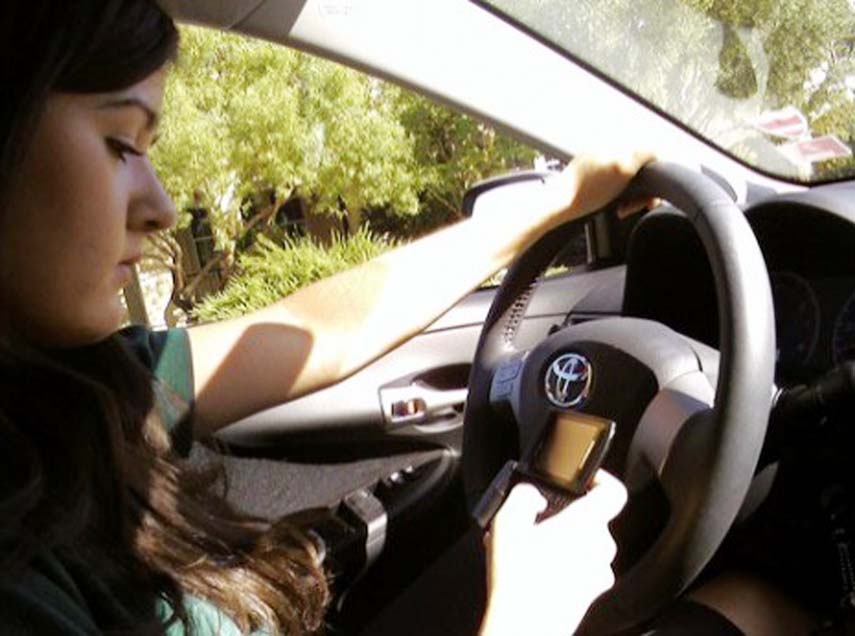 TXTShield app developed by a pair of entrepreneurial brothers in Florida will get people to put down their phones when they're behind the wheel.
In Kentucky, Mobile Life Solutions created a similar app called Text Limit.
New App That Stops Teens from Texting While Driving Developed
As part of Distracted Driving Awareness Month, Kentucky and West Virginia drivers can download the Text Limit app for free.
TXTShield co-founder Phil Stiles told CBS News that the goal is to change the behavior so when they start driving, they don't even look.
Both apps work with GPS to monitor the speed of the car.
With TXTShield, when a driver reaches a designated speed (they can choose from speeds between 10 and 40 miles per hour, in increments of 5), the app shuts down the phone's ability to text.
Incoming texts do not show up on the home screen, and the app sends an automatic response to the person who texted the driver, letting them know that they are driving and will respond later.
Text Limit goes beyond texting, shutting down the ability to text, call and use the Internet when users reach a designated speed between 30 and 60 mph.
The speed is set by an administrator (or parent), but emergency calls to 911 are never blocked.
In the model of TXTShield currently available in Google Play, administrators have password-protected control of the app.
Parents can choose the settings on their teen drivers' phones; bosses can even block employees from texting while driving on the job. The administrators get a message if the app is uninstalled.
Text Limit lets administrators control the app through a website, and sends a location update every 5 minutes.