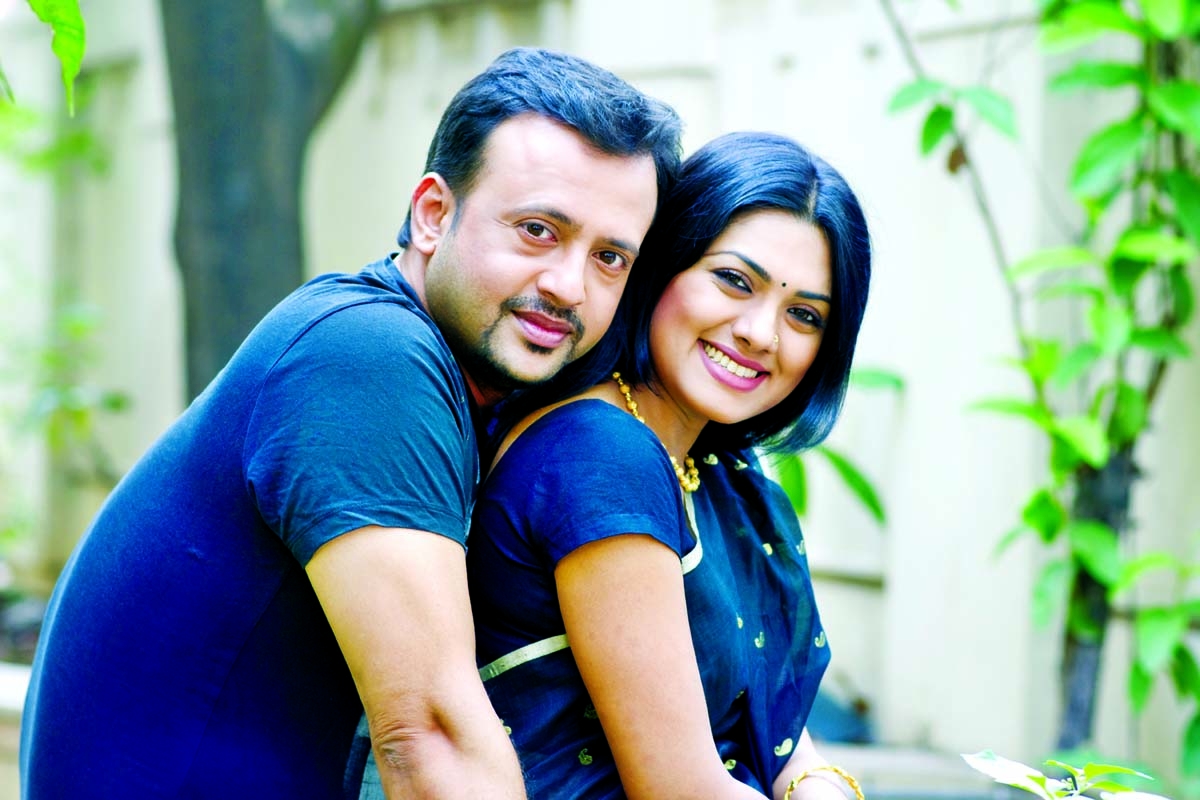 Popular film actor Riaz and popular TV actress Tisha took part in a shooting under the direction of Sokal Ahmed till late night to complete work of a TV play titled Ek Bochhor Porer Sondhya. As a pair, it was first work for Riaz and Tisha in any TV play.
Litu Shakhawat has written story of the play. This play will go on air on RTV at 8:05pm on Pohela Boishakh. For this reason, director of the play wanted to finish its shooting very short time.
âSomebody says that when the night begins actors always want to return their houses. As a result, works of the director remain incomplete. But Riaz bhai and Tisha created an example to work till late night to finish shooting of the play. I am really grateful to them,â said director of the play Ek Bochhor Porer Sondhya Sokal Ahmed.
Riaz and Tisha took part in shooting till first hour April 10.
While talking about the play Riaz told this correspondent, âIn fact, Tisha is really a natural talented performer. I became so happy to work with her that I though If I would get the opportunity to perform against her four to five years ago, the viewers would watch several good plays. Tisha is very professional and also cooperative actress.â
Tisha shared her feelings by this way, âRiaz bhai is really a nice person. He is very talented actor. Before working against him I was feared. But after taking part in shooting with him I couldnât understand how the work had finished. It could happen only for his cooperation. After shooting it became a nice work. I think viewers will enjoy the play.â
Produced under the banner of Versatile Media and Jogfol Riaz acted in role of
Shahed in the play Ek Bochhor Porer
Sondhya, while Tisha acted in role of Titli.
Riaz and Tisha informed that besides this play they have worked another play titled Golpey Golpey Bhalobasha, directed by Sumon Dhar, on the occasion of Pahela Baishakh. But shooting of this play is still going on.
However, Riaz is becoming regular in acting again. His acted last released movie was Sohanur Rahman Sohan directed Lobh-e Paap Paap-e Mrittyu. It was released in last Valentineâs Day.
On the other hand, Tisha again became
regular in acting after deceased of her
mother-in-law.Â  n