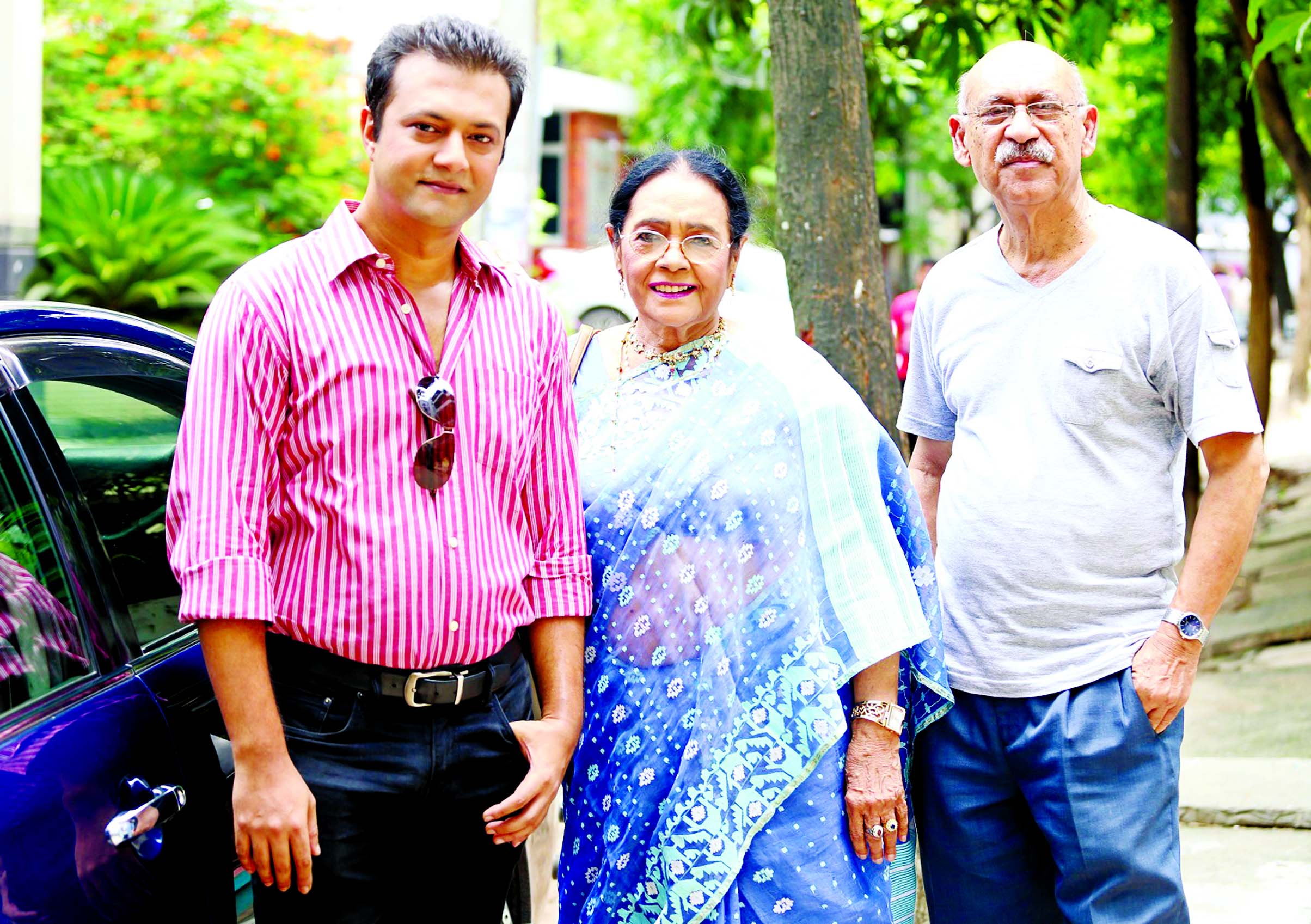 Entertainment Report :
Abul Hayat had not only experience to work under the story written by Ekushey Award winner legendary actress and noted playwright Jahanara Ahmed but also under his direction she also worked in many plays. Therefore, they have a good family relationship.
On the occasion of coming Eid-ul-Fitr, Jahanara Ahmed acted in a special play titled Baba Tomar Hatta Ektu Dhori under Abul Hayatâs direction.
In the play, Shahed Sharif Khan acted in role of Jahanara's son and Abul Hayat played the role of headmaster. Abul Hayat also wrote story of the play.
Abul Hayat said, âI have made the play to telecast in Eid-ul-Fitr. During Eid vacation everybody pass time with family members and try to enjoy the holidays. To keep in mind, I have tried to make such a play which will be watched all the members of a family together. I hope viewers will enjoy the play.â
Jahanara Ahmed shared her feelings by this way, âI have liked story of Hayatâs play. For this reason, I agreed to work in the Eid play.â
Shahed said, âMost of the time we work in traditional story based plays. This play will exceed it. I worked in the title role Baba in the play. I have enjoyed a lot working in the play.â
Abul Hayat mentioned that Moutushi Biswas also acted in an important role in the play.
Meanwhile, on the occasion of coming Eid Jahanara Ahmed written a serial titled Chhobol will be aired on Bangladesh Television, she said.