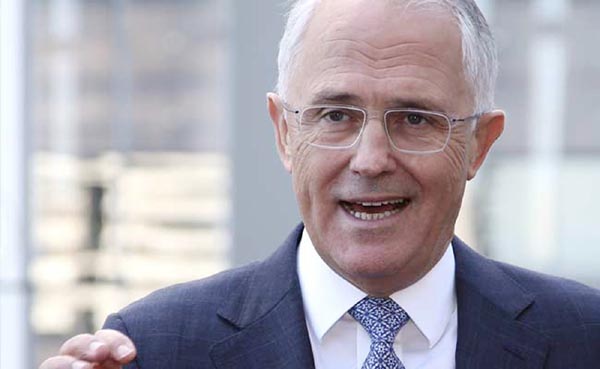 A potential hung parliament is bad news for Australia's economy and investment markets, economists said Monday, with warnings that political paralysis threatens the nation's coveted AAA credit rating.
Final results from inconclusive weekend elections won't be known for days, if not weeks, with millions of postal and absentee votes still to be processed, which could prove crucial in a race too close to call. It adds to the global trend of rising political uncertainty, amid concern about Donald Trump's run for the White House and Britain's vote to leave the European Union.
Despite this, markets were undeterred with the benchmark ASX/200 closing 35.2 points, or 0.67 percent higher at 5,281.8 while the Aussie dollar firmed to 75.04 US cents.
So far Prime Minister Malcolm Turnbull's Liberal/National coalition has won 68 seats to the Labor opposition's 67 while the Greens have one and independents four, according to results from the Australian Broadcasting Corporation. That leaves 10 seats undecided with 76 needed to rule outright in the 150-seat House of Representatives, raising the prospect of a second hung parliament in three years, where neither side can form a majority government.
Instead, support would be needed from often obstructionist minor lawmakers. A similar scenario is forecast for the upper house Senate, which does not bode well for getting legislation passed, potentially causing policy gridlock.
Economists said this could stymie efforts to rein in debt and deficits, undermining business and consumer confidence with repercussions for the economy.
"Even if the coalition does win government it won't have control of the Senate with the balance of power remaining with the Greens and minority parties which will act as a huge constraint on the government," said AMP Capital chief economist Shane Oliver.
"The end result will be poor prospects for getting government spending and the budget deficit under control over the next three years and for the coalition implementing its policy to cut corporate taxes let alone undertaking serious productivity enhancing economic reforms."
Australia is one of only a handful of nations to hold the top AAA credit rating from all three major agencies, having dodged recession during the global financial crisis. Standard and Poor's warned it could lower the rating if whoever wins office is prevented from continuing to improve budget balances.
"Irrespective of the political composition of any new government, we could lower the rating if parliamentary gridlock on the budget continues and Australia's budgetary performance does not improve broadly as we expected a year ago," it said.
Rival agency Fitch said it was worried "political gridlock that leads to a sustained widening of the deficit would put downward pressure on the rating", while Moodys said budget repair was critical to its outlook.
A downgrade would mirror what happened in Britain in the days after its decision to exit the EU.
Generally, losing a AAA rating means the nation would be forced to pay higher interest on its debt.
TD Securities analyst Annette Beacher said hung parliaments had never historically been conducive to good governance and policy reform and "the risk of losing AAA/stable is not insignificant".
"There is a significant probability that Australia experiences another three years of fiscal policy paralysis," she said, adding that it would leave the Reserve Bank of Australia "as the only public authority with tools to manage the business cycle".
The central bank holds its monthly board meeting on Tuesday. With rates already at a historic low of 1.75 percent, most economists do not expect it to intervene again just yet.
But they see a possibility of a cut to 1.5 percent in August should official inflation figures continue to point to benign price pressures, a sign of a flagging economy.