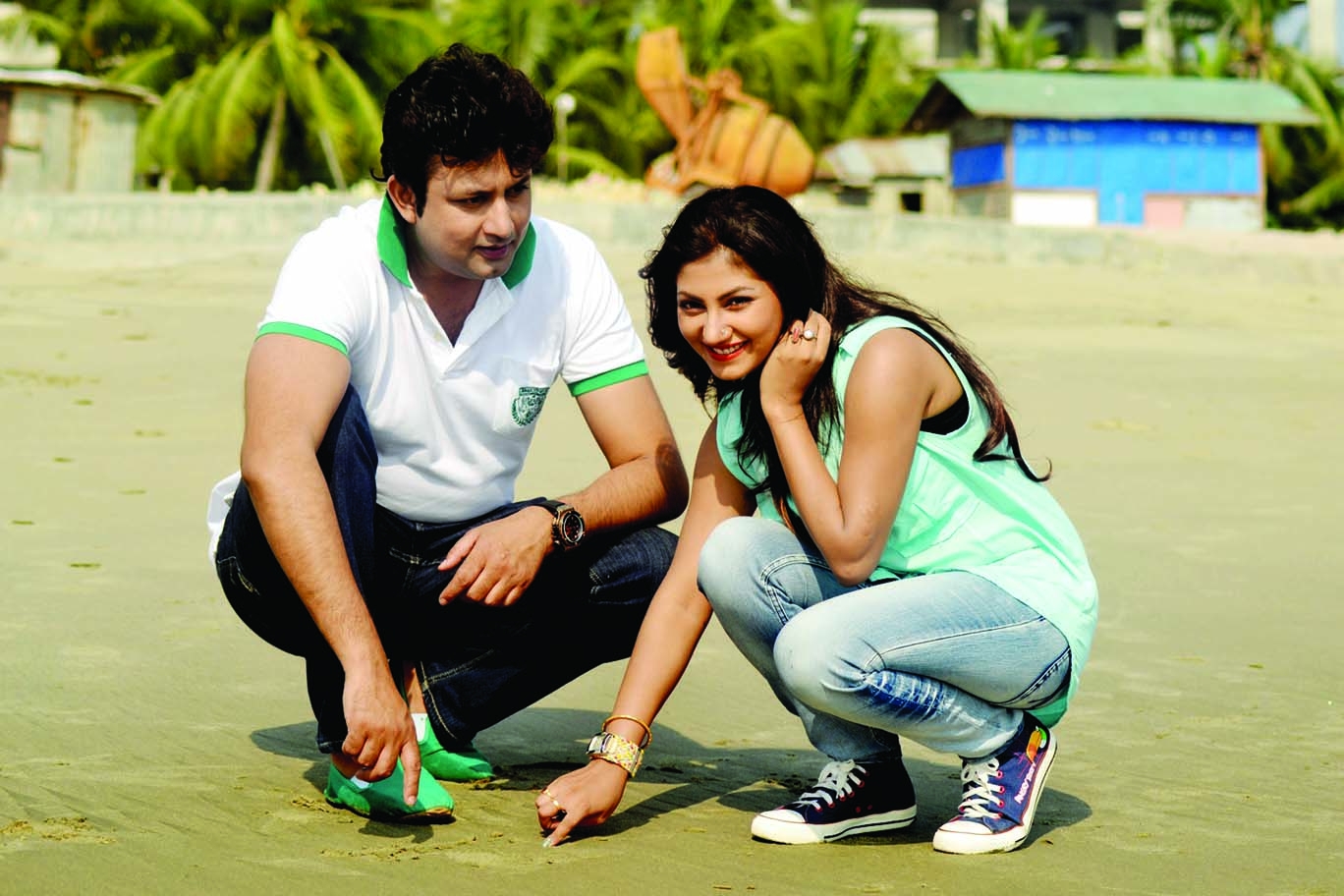 Once Amin Khan was engaged with acting in movies. Though he got many offers to act in TV plays or telefilms during that time, due to lack of time he couldnât manage time to act in those plays or telefilms. Now he is getting enough time to act in TV plays. When he gets good story, he agrees to act in TV plays or telefilms.
For this reason, he couldnât miss the opportunity to perform in Anonyo Emon directed a TV play titled Ocean Blue, which script was written by Habib Zakaria Ullash.
Amin Khan acted in role of Tonmoy in the play. Shooting of the play will finish today. Popular TV actress Sharmin Zoha Shoshee acted against him in role of Rimjhim in the play.
In the story of the play it will be shown that both the family members of Amin Khan and Shoshee were planning to arrange their wedding ceremony. But both of them met together without any notice to their family members. Then story of the play gets momentum.
While asking Amin Khan about his feelings to work against Shoshee he told this correspondent, âShoshee is one of the talented actresses of present time who isÂ  actively working in media now. She can easily blend with her role while acting. I have really enjoyed working with her. Earlier I had worked under the direction of Anonyo Emon. He can work in organised way.â
Shoshee shared her feelings by this way, âEarlier I had worked against Amin bhai in a TV play under the direction of Anik bhai. But story of the play Ocean Blue is really different and exceptional. Amin bhai is very gentle and cooperative person. Though he is a film actor, he has simplicity, which attracts me a lot. It is very positive for a performer. I am requesting the viewers to watch the play.â
The play Ocean Blue will go on air in any satellite channel on the occasion of coming Eid-ul-Fitr, said its director Emon.
However, Amin Khan will work under the direction of Taju Kamrul in a TV play titled Bhalobasha Duâjonai this week.
On the other hand, recently Shoshee has finished shooting of Afzal Hossain Munna directed a telefilm titled Sedin Duâjon-e against popular singer cum TV actor Partho Barua.Â Â Â Â