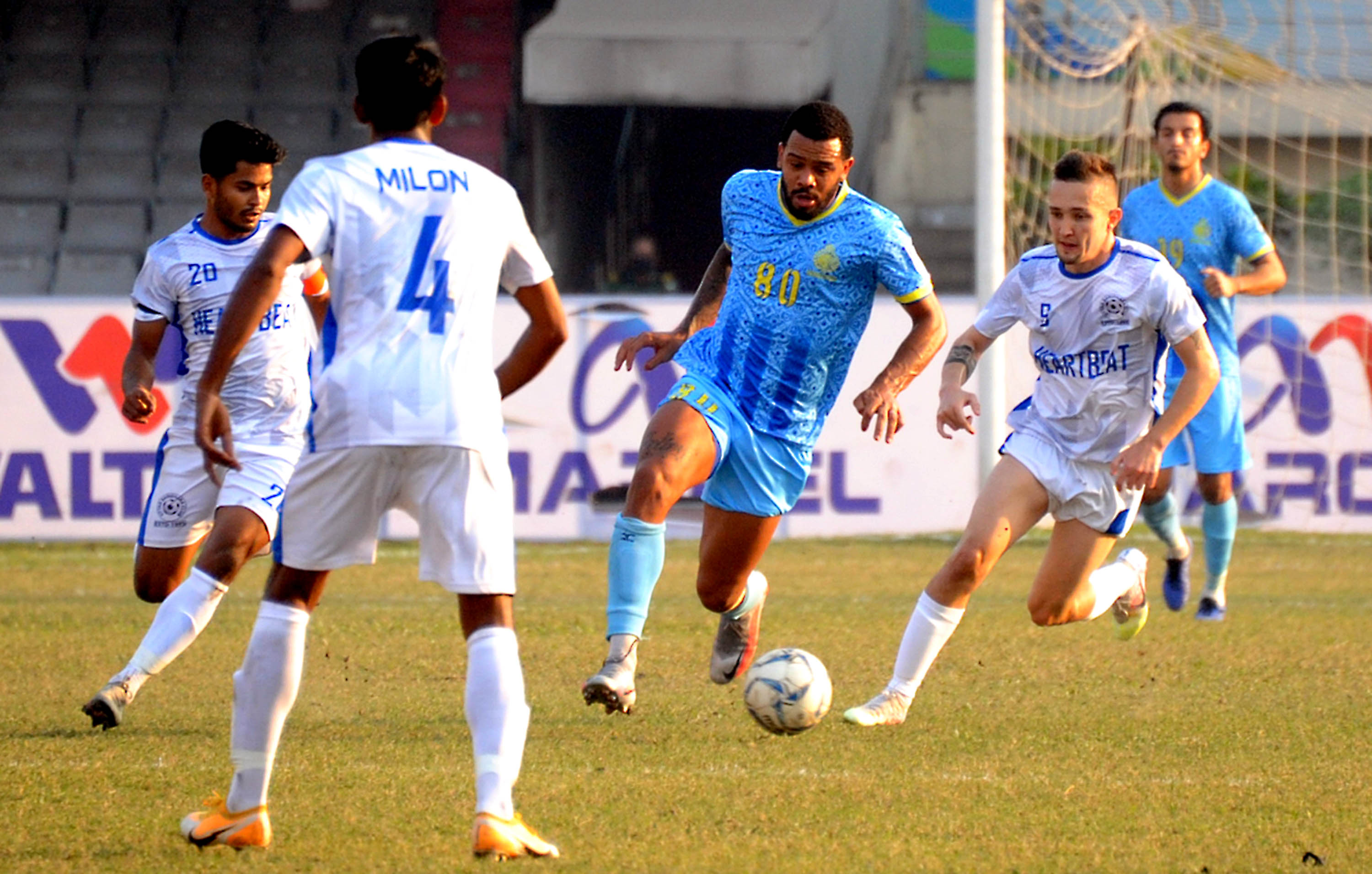 A scene from the quarter-final match of the Walton Federation Cup Football between Dhaka Abahani Limited and Uttar Baridhara Club at the Bangabandhu National Stadium on Monday.

Sports Reporter :
Dhaka Abahani Limited reached the semifinals of the Walton Federation Cup Football beating Uttar Baridhara Club by a solitary goal in the fourth and last quarter-final at the Bangabandhu National Stadium on Monday.
Dhaka Abahani Limited's Brazilian recruit Francisco scored the all-important goal using a through pass of his teammate Nabib Newaz in the 95th minute of the play. Abahani managed their semi-final berth in the fifth minute of the injury time.
Earlier, Francisco's free-kick was gripped by Uttar Baridhara custodian Mamun in the 17th minute of the match.
Uttar Baridhara got their first chance in the 37th minute of the game. Sumon Reza's sudden power-packed shot was saved by Abahani goalie Shahidul Alam at the cost of a corner kick.
In the 64th minute Abahani missed a golden opportunity. Their Afghan recruit Masih Saighani's shot was deflected by a defender of Uttar Baridhara and Jewel Rana got the ball but he failed to put the ball into the blank net.